Weird that this type of thing keeps happening.

On Sunday, Democratic operatives pulled a Katie Couric, selectively editing an interview of a Republican Senate candidate to make him appear unprepared, ignorant, and easily flummoxed.

Elena Kuhn of the Michigan Democrats was among the first to share the altered video, which purports to show Republican Michigan Senate candidate John James awkwardly dodging a question about how he plans to protect Michiganders with preexisting conditions. In real life, however, James gave a lengthy response to the question.

But for some in the press, “context” is apparently a foreign concept.

The edited video begins with James’s interviewer asking him about his plan to protect those of his would-be constituents with preexisting conditions. The Republican candidate responds, saying: “So, here’s the thing: I’m not a politician.”

The video ends there.

WATCH: John James completely fumbles on @Local4News when pressed on how he’d protect Michiganders with pre-existing conditions. (Hint: it’s because he has absolutely no plan to do so) #MISen pic.twitter.com/OA48Pvi4iG

But James said much more than what the clip shows, as anyone with internet access can see for himself.

“I’m coming to this as somebody who has real-world experience,” says the Republican Senate candidate. “This is the two-year anniversary … of when I stood up on the debate stage with [Democratic Sen. Debbie Stabenow of Michigan] and told her to her face that she was lying about me, I said, ‘Senator, you’re fibbing again.’”

He adds, “I will always vote to protect people with preexisting conditions. We must have a market-based, patient-centered approach that will do that. And Democrats have ignored that because it gets in the way of their narrative. I believe that creating a system where … we make the Affordable Care Act actually affordable.”

Pushed to clarify his position on whether the Affordable Care Act ought to be repealed, James said, “I’m saying emphatically that we must not repeal coverage and protections for our seniors and people with preexisting conditions.”

But they will continue to lie about my position on it because this is something that’s very personal to me. I have people in my family with preexisting conditions. I will always protect them. I have people who I employ who have preexisting conditions and I’m paying 85% of their healthcare premiums through our business to make sure they can continue to maintain this healthcare even through a pandemic.

I believe that people need to have choices and they need to make their own choices and not the federal government and insurance companies.

None of these remarks, by the way, are included in the video circulated by Democratic staffers certain members of the press.

One can argue about the merits of James’s overall response, but it is a straight falsehood to claim he was caught flat-footed by the question had nothing to say except to assert that he is not a politician. As it turns out, James had quite a lot to say on the topic.

There is no excuse for why people like Harwood would share the altered video. They know the clip is incomplete. They can see it originates with Democratic staffers. They know the video gives an incomplete picture of James’s response. They know there is missing context.

Michael S. Smith, the Obamas’ ‘decorator in chief’, reflects on 8 years at the White House

A pop-up pumpkin market is taking over Covent Garden

Insights on the Garden Tools Global Market to 2027 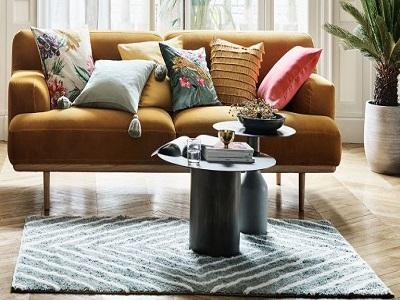