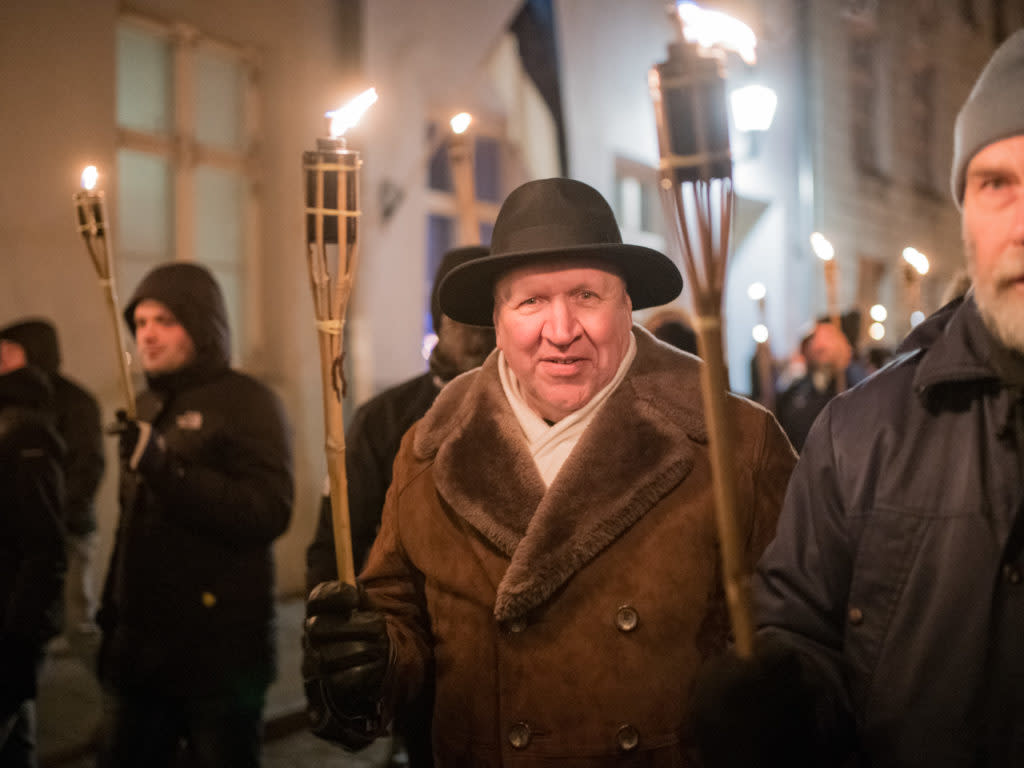 Those who are against defining marriage as only between a man and a woman are “heterophobes”, Estonia’s interior minister said ahead of a pitched referendum.

Mart Helme, a member of the anti-immigration conservative People’s Party of Estonia (EKRE), said that the country “cannot survive without morality” and said queer people should just “run to Sweden.”

Helme said: “If you don’t like that [the proposed referendum], then let’s denounce the cohabitation law.

“They are not ready to do this, which means that our referendum is needed. We want the state to survive, but it cannot survive without children and without morality.”

When asked whether a vote in favour of marriage equality would prompt queer people to “flood the Estonian nation,” Helme said: “Let them run to Sweden.

“Everyone is there, everyone looks at them more politely,” he said, noting he is “unfriendly” towards queer people.

“This is not homophobia. I would say that those people who say that our referendum is not needed are heterophobes.

“They climb into the bed of heterosexuals. They climb [into our bed], not us climbing into their bed. If they can do their own gay propaganda, then we can do other propaganda.”

We… honestly do not have a clue what he’s on about.

“This [referendum] is important for the whole nation, because without marriage, without women and men having children, there is no future,” Helme argued.

“This is so clear to everyone, and our answer is very simple. We are in favour of specifying in the legislation clearly and unambiguously – marriage is a union between a woman and a man, and that’s it.”

The tinderbox issue of marriage equality has splintered across party lines, with opposition parties, such as the Reform Party and the Social Democrats, as well as the populist Centre Party, denouncing the referendum.

Reform Party chair Kaja Kallas called on Helme to resign, tweeting on Saturday (17 October): “Even if Mart Helme resigns, he will not solve the problem that the EKRE government will continue to dismantle Estonia and hate minorities. The solution would be a new government. The unmissable 2020 home decor trend that has gone viral