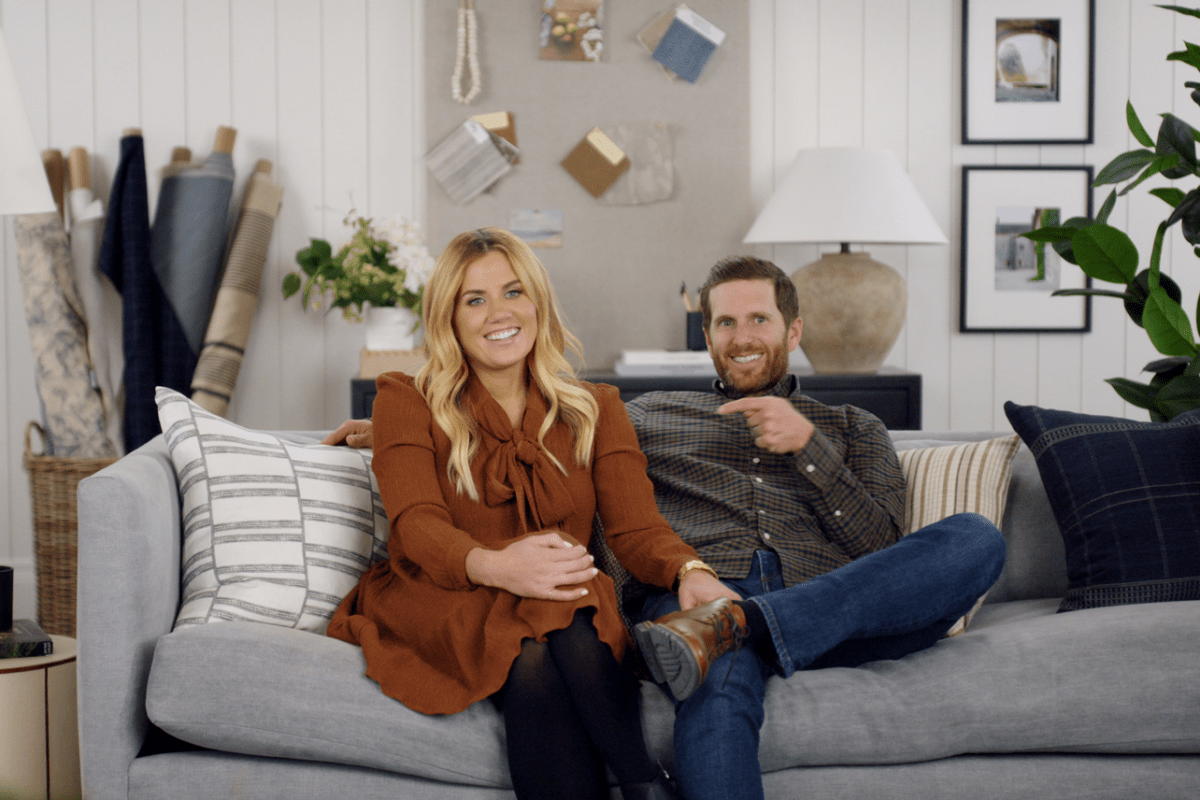 These days, it’s probably impossible to count the number of home improvement shows on all fingers and toes. Whether an HGTV mainstay or an Instagram-following-turned Netflix hit, there’s some kind of house flipping, room re-design series popping up what seems like every few weeks. The latest is Dream Home Makeover, now streaming on Netflix. We’re here to let you know if it delivers the dream it promises, or if it’s more of a design nightmare.

Opening Shot: Couple Shea and Syd McGee, founders of Studio McGee, sit on a couch and ask each other if they’re ready for this.

The Gist: Much like the ladies behind The Home Edit, The McGees grew their following on social media after Shea began to post photos of her design projects on Instagram. They soon decided to sell their house and pour all the profits into creating their business, an interior design company and a furniture & decor line. Now located in Utah, the couple and their two young daughters are working on building their own dream home. The pilot alternates between diving into a new client’s extra living room project and chipping away at their house while time begins to slip through their fingers (they only have 2 months to move out of their rental).

Over the course of the pilot’s half-hour, we get a feel for Syd and Shea’s relationship, both professional and personal; Shea seems to do most of the work (well, at least the work we see) and Syd carries the title of CEO. Rather than actually seeing most of the design process you might be used to experiencing on other shows, we mostly are fed the gist of Shea’s plan for the space and then it comes together out of sight by the time the family returns to the home. Dream Home Makeover follows a tried and true formula, so you’ll recognize just about every beat, from the excited initial first greetings to the floor plan explanation to the emotional reveal. You get the picture.

What Shows Will It Remind You Of? Pretty much every other home makeover show out there; Fixer Upper, Extreme Makeover: Home Edition (maybe without all the crying), Stay Here, Flip or Flop, you get the gist. It also feels a little in line with The Home Edit in that some client projects are focused one specific space rather than the whole home.

Our Take: Home makeover and design shows are all the rage right now, so it’s no surprise that Netflix continues to throw their many hats into the very large ring. Dream Home Makeover, while unoffensive, is incredibly unmemorable. They try to create a unique hook by making the McGee’s own home construction a part of the series in addition to the typical client projects, but it isn’t exciting, innovative, or emotional enough to really stand out. The McGees seem like totally nice, talented people, but another show about a wealthy white couple designing spaces that look like all the other spaces we’ve already seen just doesn’t feel like the ticket.

Dream Home Makeover is just about as obvious as its name is; Shea regularly makes very obvious comments about the unique challenge that a tight budget creates for designing a space (like we haven’t seen this kind of show before), and unfortunately, all of their couch interviews feel like ghosts of home improvement shows past. The couple’s chemistry isn’t electric enough to make them the new Chip and Joanna, and it doesn’t help that Fixer Upper and a whole litany of couple-based home improvement shows are already out there and thriving. There’s room for it, but it feels like the pleasant neighbor you wave to once in a while if you happen to leave the house at the same time. Not the family you roll down your windows for.

All that said, however, I know tons of people will dig this show. It’s the type of escapist home design fare we’re all jonesing for (especially during COVID times), and it may very well scratch that itch for the time being. Dream Home Makeover is not doing any harm. It just isn’t doing anything particularly new or fun, and as I mentioned, the aesthetic feels like everything else we see on these shows and design instagrams these days. I may very well put this on while I clean my apartment or fold my laundry, but it’s not the kind of thing I’ll run around recommending to people. (And the name will drive me absolutely insane until the day I inevitably forget about it).

Sex and Skin: Not that kinda show, folks.

Parting Shot: The Call Family sits in their new space, enjoying what the McGees pulled off for them while Shea’s voiceover explains Studio McGee’s goal to make people fall in love with where they live.

Most Pilot-y Line: While in the car on their way to see the first clients the show spends time with, Shea says “we make a good team,” and Syd responds “who would’ve thought?”. Groan. I suppose it is in line with the rest of the on-the-nose nature of the show.

Our Call: SKIP IT… but don’t feel bad about hitting play if you’ve watched every other good home makeover show out there and you need a fix for the time being. It’s fine mindless home improvement fodder. When there are so many others out there doing more innovative and exciting things, however, it’s hard to argue for Dream Home Makeover‘s spot in the queue.

Jade Budowski is a freelance writer with a knack for ruining punchlines and harboring dad-aged celebrity crushes. Follow her on Twitter: @jadebudowski. 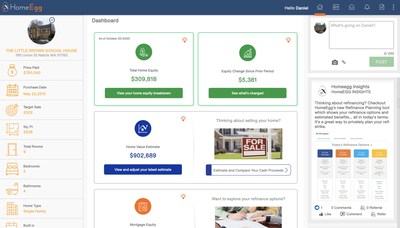 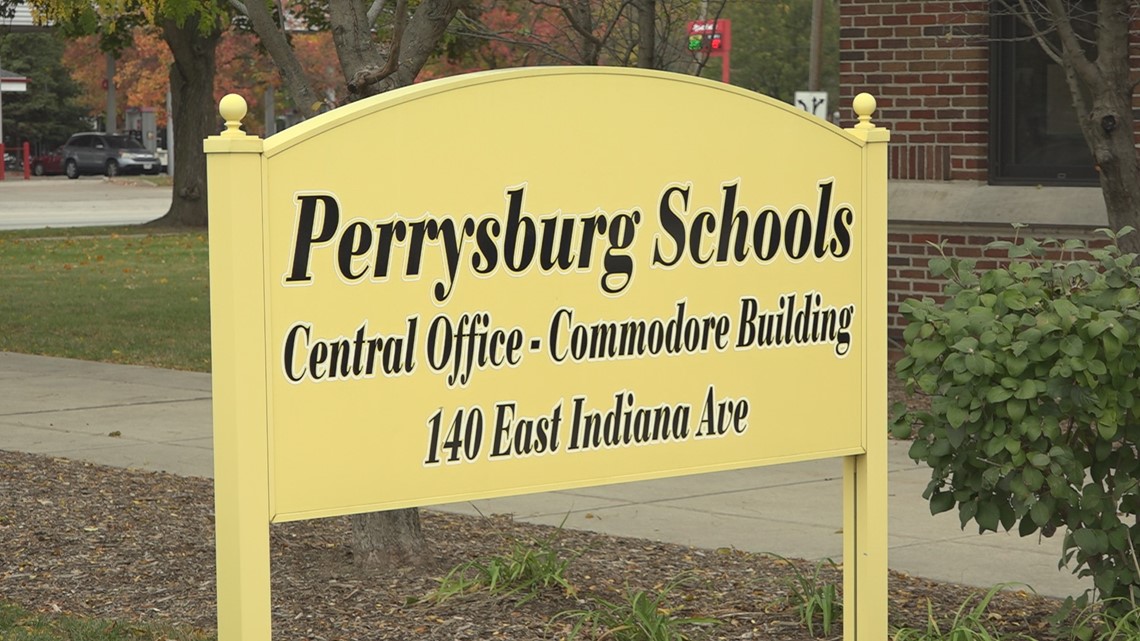 What issues will be on the ballot in Perrysburg?

In ‘His House,’ nightmares from the migrant crisis 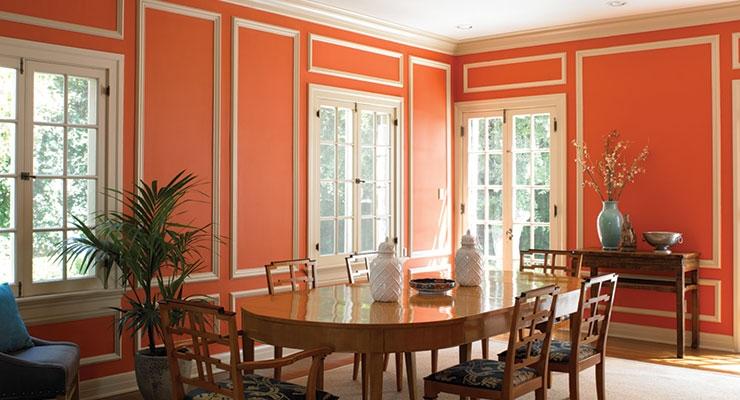 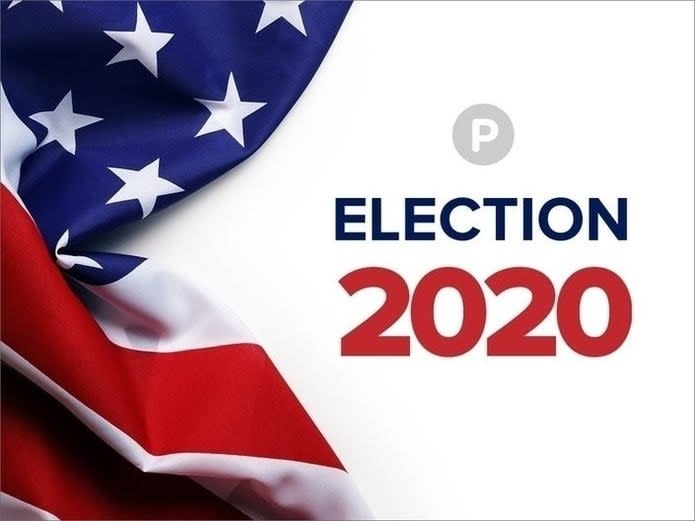 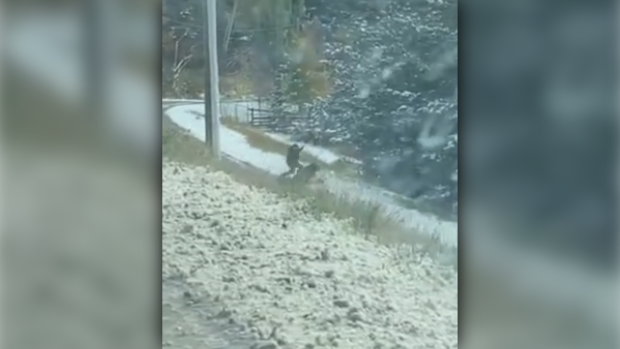