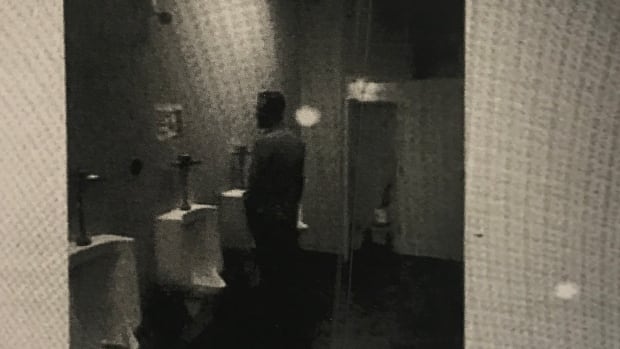 The province’s largest credit union and a former senior manager are embroiled in a civil suit over how Conexus Credit Union fired Angelo Minier after he posted a picture of another manager at a urinal.

Minier rose from front teller to senior manager in commercial banking over a 20 year career in Prince Albert at Conexus. That all ended Nov. 20, 2017, when Minier — by his own account — made two “horrible decisions.”

It happened during a province-wide electronic town hall put on by Conexus, which has 30 branches and almost 1,000 employees. CEO Eric Dillon spoke to members from Regina by video, with livestreams in Prince Albert, Saskatoon, La Loche, Moose Jaw and other communities where Conexus had branches.

Food was served, but no alcohol. As part of the event, Conexus set up an internal social media site called Yammer where staff could post photos and comments.

In an affidavit filed at Court of Queen’s Bench in Saskatoon, Minier said that around dinnertime he followed a coworker he knew into the washroom and snapped a photo of him standing at the urinal, “my first horrible decision of the evening,” then joked that he would post it to Yammer.

“When I told him I was going to post the picture, he, in my opinion appeared to smile and laugh.”

Minier did post the picture, “my second horrible decision.”

Minier wrote that by the time he realized that the joke was in poor taste someone else had already taken it down from Yammer.

As part of the civil suit, Conexus CEO Eric Dillon also filed an affidavit. He described meeting with Minier after the event.

“I told Mr. Minier that on the one hand he is a leader in Conexus and on the other hand he is taking pictures of people in bathrooms,” Dillon wrote.

Minier lost his job because, “he failed to meet his obligation to ensure that employees are respected,” Dillon said.

Dillon said that he apologized to the manager in the photo on behalf of Conexus, and that the man was “shocked, disappointed and hurt” by what happened.

Minier is not disputing that he took and posted the picture. Rather, it’s the dismissal with cause that he takes issue with. He said that, over 20 years, he’s never had a performance issue or Human Resources discipline.

His lawyer George Green says a judge should decide whether Minier was wrongfully dismissed.

“While we concede Mr. Minier’s actions were inappropriate, Conexus had numerous discipline options available short of terminating a loyal and dedicated 20 -year employee with no previous sanctions for misconduct,” Green said.