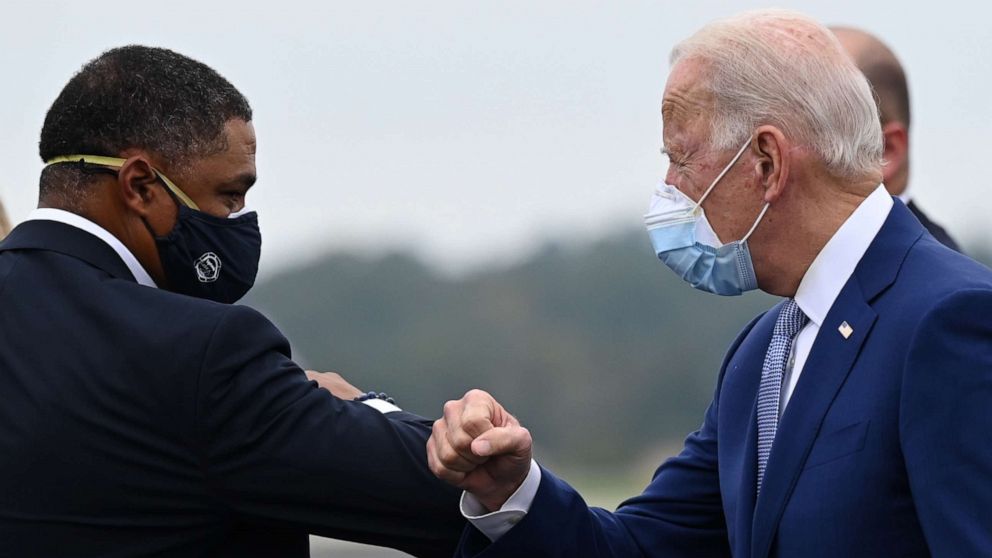 President-elect Joe Biden is expected to name a number of senior White House staff as soon as this week, a group that will likely include Rep. Cedric Richmond, D-La., a key surrogate and his campaign’s first national co-chair.

Richmond, 47, is expected to be named to a senior advisory role in the White House, a position that could mirror his work in the inner circle of Biden’s campaign and transition team, which he also co-chairs. Richmond’s exact title and job description are not yet finalized, sources said.

Congressman Richmond is scheduled to hold a press conference about his plans in New Orleans on Tuesday morning.

Richmond did not respond to requests for comment. A Biden transition official told ABC News there were no new personnel announcements to make.

Biden’s campaign manager Jen O’Malley Dillon is also expected to join the Biden administration as deputy chief of staff, sources confirmed to ABC News. In the role, she is expected to serve alongside Biden’s recently announced chief of staff Ron Klain.

O’Malley Dillon, who became the first woman to lead a Democrat campaign to victory, joined Biden’s team in March just as the COVID-19 pandemic took hold of the country. During her tenure, she helped to grow the campaign’s digital operation and set record-breaking fundraising totals that helped lead to President Donald Trump’s defeat.

Another longtime Biden aide, Steve Ricchetti who served as a chairman of Biden’s campaign, will also join the incoming administration in a senior role, according to sources.

Ricchetti previously worked in Biden’s office during the Obama administration in 2012 after working as a lobbyist, and became the then-vice president’s 3rd chief of staff in 2013.

The moves would put Richmond and Sanders in the president-elect’s inner circle, a place occupied by few Black operatives in White House history — and a notable departure from Trump’s administration, which has had few people of color serving as senior staff.

Their appointments would diversify Biden’s orbit of longtime advisers and be in keeping with his campaign pledge to assemble a diverse administration that “is going to look like the rest of America.”

Richmond served as one of Biden’s main liaisons to African American leaders and Democratic lawmakers during the crowded presidential primary, when candidates jockeyed for endorsements from senators and members of the House of Representatives. He was also one of Biden’s most aggressive surrogates and routinely traveled with the president-elect on the campaign trail.

The Louisiana congressman joined as the first co-chair of Biden’s campaign in May 2019, advising on strategy and serving as a top surrogate, particularly on African American outreach for the former vice president’s team. Richmond also traveled with Biden throughout the 18-month campaign, including in the final days leading up to the election.

He also skillfully helped bring Democratic officials behind Biden’s campaign at the end of the primary, colleagues said.

“No one did more for Joe Biden to get progressive House members on board, than Cedric,” said Rep. Ro Khanna, D-Calif.

A five-term congressman and former chair of the Congressional Black Caucus, Richmond is well-regarded on both sides of the aisle on Capitol Hill — and known for his friendship with Rep. Steve Scalise, R-La., the House Republican whip, who he served with in the Louisiana State Legislature.

Richmond attracted national attention in 2014, when he vouched for Scalise’s character as he faced backlash for speaking at a white supremacist gathering a dozen years earlier.

“I don’t think Steve Scalise has a racist bone in his body,” Richmond told the New Orleans Times-Picayune.

“I’ve enjoyed working closely with Cedric Richmond from our days in the Louisiana State House through our time in Congress, and despite our political differences, I am grateful for our strong friendship,” Scalise said in a statement to ABC News. “He has served former Vice President Biden well on his campaign team, and I am sure he would excel in any position.”

Michael Hardaway, the former spokesperson for House Democrats, described Richmond as “one of the most respected members of Congress” with “deep personal relationships within both Democratic and Republican leadership.”

“You want the ball in his hands with 30 seconds left on the clock,” Hardaway said.

Richmond’s departure could pose a challenge for House Democrats in the short term, shrinking their narrow majority in the next session of Congress — even though his deep-blue district, which includes New Orleans and Baton Rouge, is expected to remain in Democratic hands after any special election.