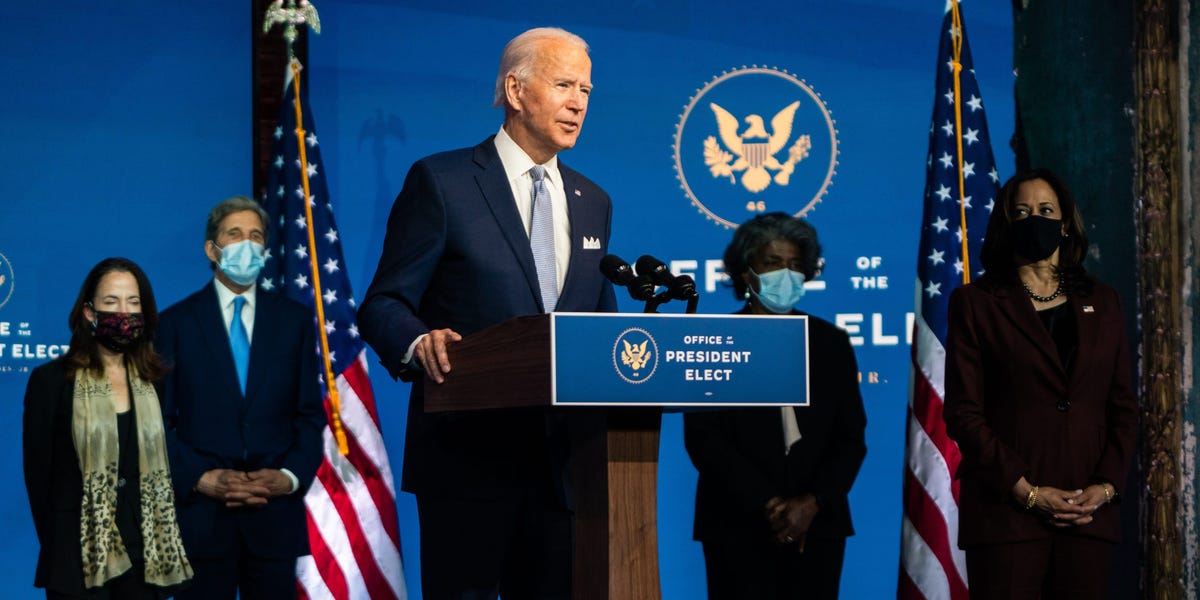 In his first televised interview since the election, President-elect Joe Biden, who is facing criticism over his recent Cabinet picks, said that the next four years won’t be a repeat of the Obama administration.

On Tuesday, the former vice president introduced some members of his incoming administration’s national security and foreign policy teams. Several of his picks worked under former President Barack Obama.

“This lineup, those you’ve selected so far — a lot of familiar faces among them,” NBC News anchor Lester Holt told Biden. “What do you say to those who are wondering if you’re trying to create a third Obama term?”

Biden pushed back on the claim: “This is not a third Obama term,” he said.

“We face a totally different world than we faced in the Obama-Biden administration,” Biden added. “President Trump has changed the landscape. It’s become America first. It’s been America alone. We find ourselves in a position where our alliances are being frayed.”

Some of Biden’s Obama-era selections include former secretary of state John Kerry as Special Presidential Envoy for Climate, Avril Haines as director of national intelligence, Alejandro Mayorkas as secretary of the Department of Homeland Security, Antony Blinken as secretary of state and Linda Thomas-Greenfield as United Nations ambassador. The president-elect has also named a slew of Obama officials for senior White House roles.

Biden’s comments come amid pressure from people on both sides of the aisle who fear his selections will simply continue the Obama years.

Progressives are hoping to avoid this scenario. They’ve launched a petition to block Obama official Bruce Reed from getting a new gig, slamming him as a “deficit hawk” for his previous support for Social Security and Medicare cuts, Axios reported on Tuesday.

“Biden must not repeat Obama’s mistake,” the petition against Reed says. It’s been backed by the progressive group Justice Democrats and signed by Reps. Alexandria Ocasio-Cortez and Ilhan Omar, among others.

“It is shameful and concerning that he is even being considered,” Ocasio-Cortez said.

Secretary of State Mike Pompeo also chimed in on Biden’s announcements and expressed concerns with the next administration in a Fox News interview on Tuesday.

“I know some of these folks, they took a very different view, they lived in a bit of a fantasy world,” Pompeo said. “They led from behind, they appeased. I hope they will choose a different course.”

Biden has repeatedly stressed that he’s seeking to unite the country and bridge political divides. He told Holt that he’s considered selecting a Republican for a top post as well as progressive politicians such as Sens. Bernie Sanders and Elizabeth Warren. Announcements for dozens of White House positions are still to come.

“There’s nothing really off the table,” Biden said.

Many in Biden’s own campaign staff have also grown frustrated with the onslaught of Obama alum joining the administration, Politico reported on Tuesday. His advisers told the outlet that some veteran staffers are “pissed” that they have not been chosen for new jobs while ex-Obama officials have snatched up several positions.

In the wide-ranging NBC News interview, Biden also discussed how he’s working with the White House on his transition, and explained that he doesn’t plan on using the Department of Justice as a “vehicle” to launch investigations into Trump.

Compare Different Walk In Bathtub Prices Before You Buy

Compare Different Walk In Bathtub Prices Before You Buy