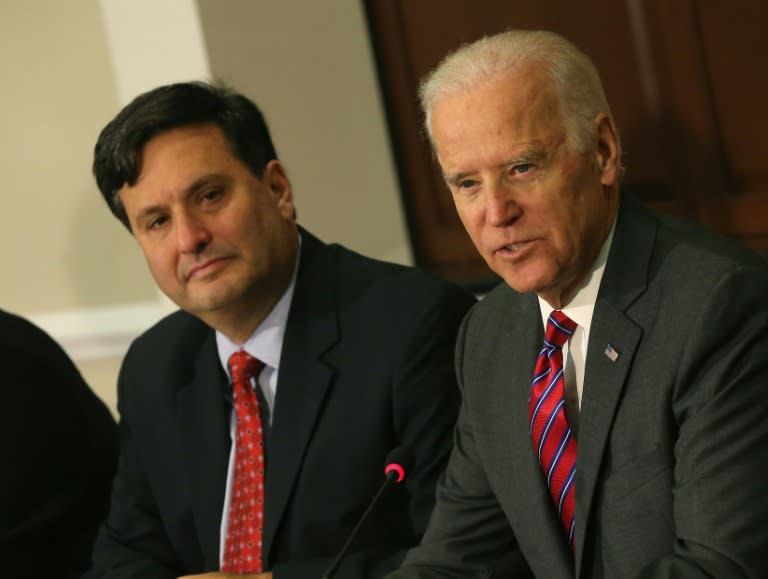 US President-elect Joe Biden on Wednesday announced he has chosen Ron Klain, a seasoned Democratic operative, as his chief of staff, his first public personnel choice for the White House.

“Ron has been invaluable to me over the many years that we have worked together,” Biden said in a statement on Klain, who also served as the Democrat’s first chief of staff when he became vice president in 2009.

“His deep, varied experience and capacity to work with people all across the political spectrum is precisely what I need in a White House chief of staff as we confront this moment of crisis and bring our country together again,” Biden said.

Klain, 59, also worked with Biden when he was chairman of the Senate Judiciary Committee. Afterwards he served as chief of staff to vice president Al Gore.

Under president Barack Obama, Klain coordinated the White House response to the Ebola crisis in 2014.

In the same statement released by the Biden transition team, Klain said it was “the honor of a lifetime” to be named Biden’s chief of staff.

“I look forward to helping him and the vice president-elect assemble a talented and diverse team to work in the White House, as we tackle their ambitious agenda for change, and seek to heal the divides in our country,” Klain said.

President Donald Trump lost the November 3 election according to all major US media projections, but he so far has refused to concede, and is mounting an extensive legal fight aimed at overturning the result.

A key government agency, the General Services Administration, has also declined to formally acknowledge that Biden is the president-elect, holding up funding and cooperation to Biden’s transition process.

The Klain pick drew wide praise from Democrats, and even one prominent Republican voice.

Senate Democrat Elizabeth Warren called Klain a “super choice” for chief of staff because he “understands the magnitude of the health and economic crisis and he has the experience to lead this next administration through it.”

Conservative radio host Hugh Hewitt called Klain “a terrific choice by the president-elect” and a “serious student” of pandemic risk.