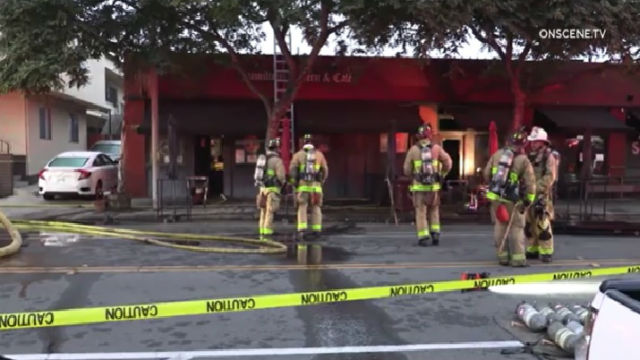 A fire broke out in the kitchen of a South Park bar Wednesday morning and caused an estimated $1 million in damage to the business, authorities said.

The non-injury fire was reported at around 5:35 a.m. at Hamilton’s Tavern on 30th Street between Beech and Cedar streets, according to the San Diego Fire-Rescue Department.

Firefighters responded to the scene and found smoke coming from inside the single-story building, SDFRD spokeswoman Monica Munoz said. Crews had to force entry to access the flames, which were located in the bar’s kitchen.

No one was inside the building at the time and firefighters had the flames knocked down within 25 minutes, Munoz said.

The cause of the fire was under investigation.