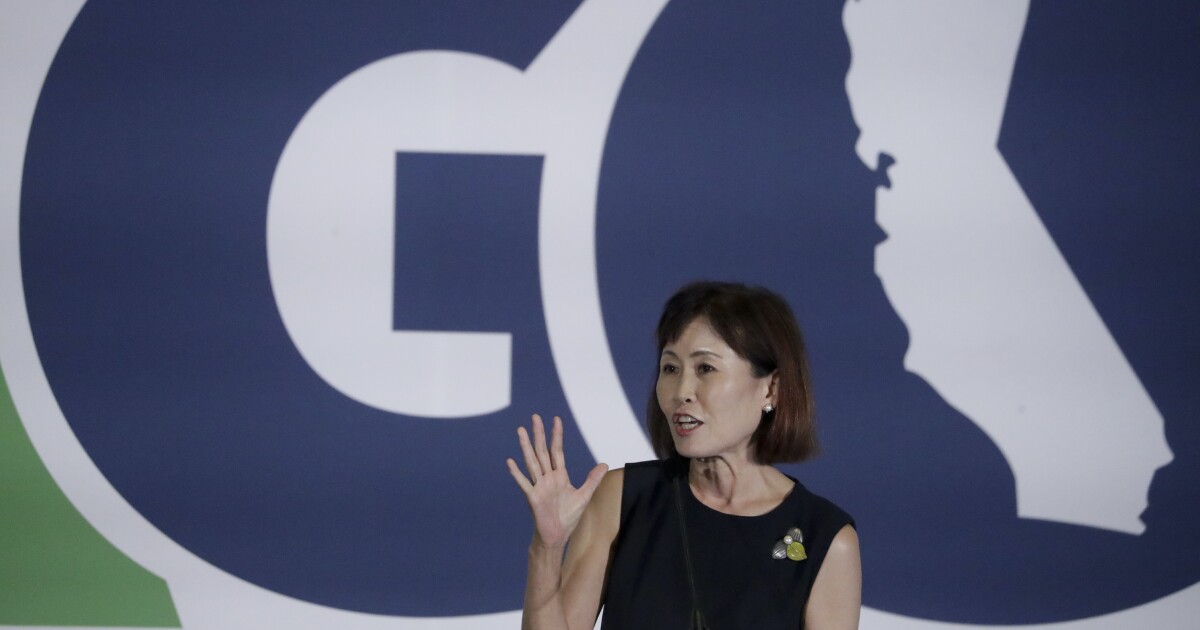 The 2020 election cycle turned out to be a good one for California Republicans in House races. A very good one.

GOP candidates won back four of the seven California House races Democrats flipped in 2018, despite Democratic nominee Joe Biden romping in the state to a 30-point victory over President Trump, on his way to nabbing the White House with 306 Electoral College votes.

Hill won the seat in 2018 by a 7-point margin when she defeated two-term Republican incumbent Rep. Steve Knight. Prior to Knight’s tenure, the district was represented by Republican Rep. Buck McKeon for 22 years. Garcia, the son of a Mexican immigrant, attended the U.S. Naval Academy after being nominated by then-Rep. McKeon. Garcia went on to fly combat missions in Iraq and later served for 10 years as an executive on the board at Raytheon.

Garcia’s special election victory in May was the first time a Republican House picked up a Democratic House seat in California since 1998. Seven months later, Republicans flipped three additional seats and celebrated these wins as the first instances since 1994 that the party defeated incumbent House members.

“[His race] was all mail-in ballots,” House Minority Leader Kevin McCarthy, a California Republican from Bakersfield, recently told the Washington Examiner about Garcia. “First and foremost is the quality of the candidate … I recruited the class in 2010, I think this class is even better. We are stronger to be more diverse. We’ve expanded the Republican Party further.”

The California Republican Party matched Democrats’ campaign efforts on the ground, from voter registration to ballot harvesting to mail-in voting, particularly with Garcia’s successful campaign. Concerned about the GOP’s success with third-party ballot collections, California Democrats went after Republicans for their drop boxes in key areas all over the state.

Since early spring 2020, according to California GOP Deputy Executive Director Bryan Watkins, the party worked with grassroots GOP activists on a routine basis, training over 1,500 people in one week alone.

Half of the Republican 2020 House pickups came out of districts that included regions of Orange County, a traditionally conservative bastion that backed Hillary Clinton in 2016, the first time it supported a Democratic presidential nominee in 80 years. Orange County also helped Democrats win the House majority by flipping four Republican seats located there in 2018.

Garcia on Monday emerged the winner after his Democratic rival, Assemblywoman Christy Smith, conceded the 25th District race. That came a few days after former Republican Rep. David Valadao was declared the winner in a Central Valley district, the 21st. Valadao previously represented the district since 2013 but lost the seat to Democratic Rep. TJ Cox in 2018 by less than 1,000 votes.

Republican Young Kim returned the 39th Congressional District to GOP hands after defeating Democratic Rep. Gil Cisneros, another member who lost his seat after one term against the same challenger he initially defeated by a narrow margin in 2018.

The district includes areas of Los Angeles, Orange, and San Bernardino counties, and although it was represented by former Republican Rep. Ed Royce until his retirement in the 2018 cycle, the Cook Political Report had rated the district this cycle as “likely Democratic.”

All four races were won by slim margins. California’s 48th Congressional District came to a close first — one week after election night after first-term Democratic Rep. Harley Rouda conceded the race to Republican Orange County Supervisor Michelle Steel. In his concession, Rouda suggested he planned to run for the coastal Orange County seat again in 2022.