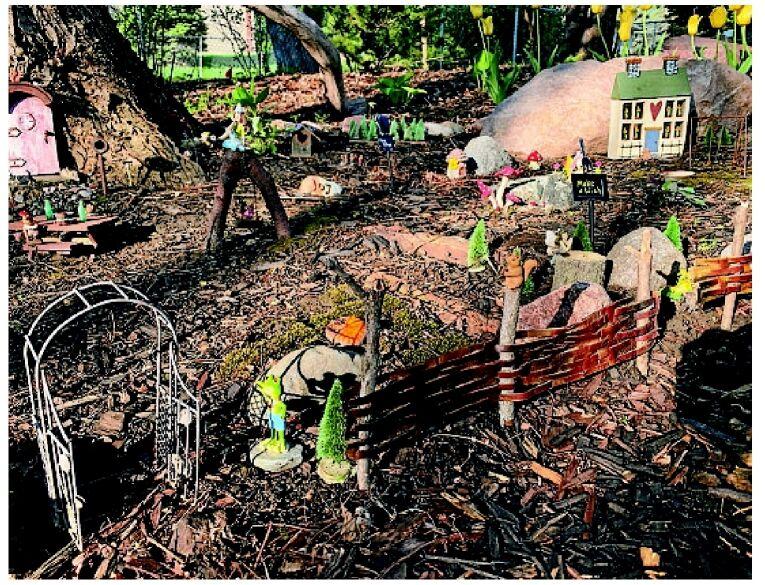 Proceeds from a wishing well at this fairy garden in the Armbrust Acres neighborhood near Zorinsky Lake helped The World-Herald’s Goodfellows charity.

Kids love to visit the fairy garden at the park in the Armbrust Acres neighborhood near 168th Street and West Center Road.

One of its most prominent features is a wishing well. Kids and adults alike toss in spare change and hope for a little magic.

As it turns out, the coins from that well helped wishes come true for Omahans in need.

The man behind the garden, who wants to remain anonymous, donated the proceeds from the first year of the well to Goodfellows, The World-Herald’s charity that’s now administered by United Way of the Midlands.

The neighborhood’s 2019 donation, $58.11, was dedicated to the children of Armbrust Acres, who had a part in its creation.

“The designer put out a call for kids to paint rocks. A lot of the fairy garden is lined by them,” said Brandon Devere, a past president of the Armbrust Acres Homeowners Association and a friend of the garden’s creator and caretaker.