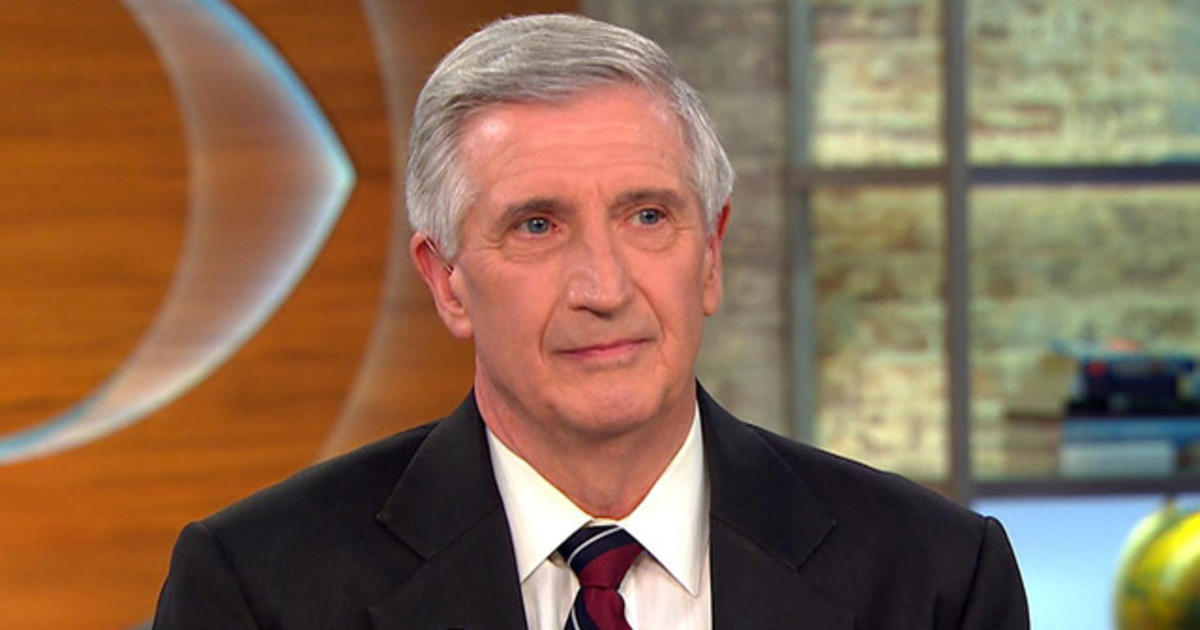 Former White House chief of staff under George W. Bush Andy Card warned Thursday on CBSN that a delayed presidential transition could seriously harm national security and already is tarnishing America’s reputation as a leader of the free world.

Card authored a Washington Post op-ed along with Clinton-era White House chief of staff John Podesta, warning of the risks of a delayed transition, which is taking place now as President Trump declines to pass the baton to President-elect Joe Biden. Card and Podesta worked together during the Clinton-Bush transition, which was delayed due to the contested 2000 election, and that delay, he said, had consequences.

“We learned a valuable lesson,” Card told CBSN, “obviously, the year 2001, after George Bush became president included September 11th, 2001, and the attacks on the World Trade Center, the Pentagon and that plane that crashed in Shanksville, Pennsylvania. The 9/11 Commission, when they reviewed everything that had happened up and to that attack and what contributed to it, they actually cited that the transition should have been allowed to have more time and more information shared with the incoming president so that he could be prepared.”

There were crises early on in the Bush presidency, even before 9/11, when it would have been helpful for Bush to be fully briefed, Card said.

“It’s critically important, and John Podesta and I agreed, that the government get ready for a transition to make sure the next president is fully prepared to take the baton and deal with the challenges,” he said.

This year, with the additional challenge of COVID-19, which has already killed more than 240,000 Americans, President-elect Biden’s team cannot be briefed by health agencies on the crisis because the general services administrator has not yet ascertained Mr. Biden as the winner.

“It’s unconscionable that President Trump is not allowing a full transition process to go forward, even if Donald Trump is successful with his efforts to call the recounts and challenges, we’re going to have a situation where we could have a President Joe Biden, and he should be fully prepared on day one to meet the challenges of the pandemic, as well as any challenges in national security policy, and there are lots of challenges going on around the world today,” Card said.

Biden also needs to be brought up to speed on issues in places like Iran, China, Belarus and Armenia, said Card. The U.S. has long been a shining example of how to handle democracy, but that reputation is being “tarnished” by Mr. Trump’s failure to move forward with the transition, he said.

“It’s unfortunate that they’re seeing a democracy that is having a hard time transitioning,” Card said. “And the mark of a great democracy is the mark of its ability to transfer one power to another president, even if they were mortal enemies. Even if they were mortal enemies. So our country has had a great reputation as being the shining example on the hill of what democracy can be and should be. Unfortunately, we’re tarnishing that image right now by not having a cooperative effort at allowing someone to be prepared to be transferred into the greatest office in the land.”

“We do not want our adversaries to take advantage of the disruption that is caused by an uncooperative transition period for a sitting president of the United States, when the next president is ready to be prepared,” Card said.

What’s Wrong With My Glass Block? Tricks of the Tradesman

Types of Vinyl Windows You Must Know

The Benefits of Installing a Chlorine Water Filter

Pros And Cons of New Build Vs Renovations