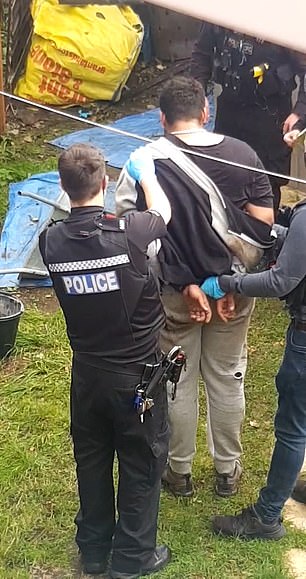 This is the shocking moment a drug dealer is arrested in a suburban back garden – and forced by police to cough up bags of crack cocaine hidden in his mouth.

Service station worker Lokman Ali was relaxing at home in Reading with his toddler when he heard a crash from outside and saw four officers descend on a man lying just feet from his son’s slide and next to his garden shed.

The suspect had dodged washing drying on a line and crashed through two neighbouring fences in his bid to get away from the officers but was finally brought down by a combination of Mr Ali’s stray wheelbarrow and a shot from a taser.

As the Ali family looked on agog, at least three officers, two in uniform and one seemingly undercover, are then seen grappling with the male suspect and telling him to spit the drugs out of his mouth. 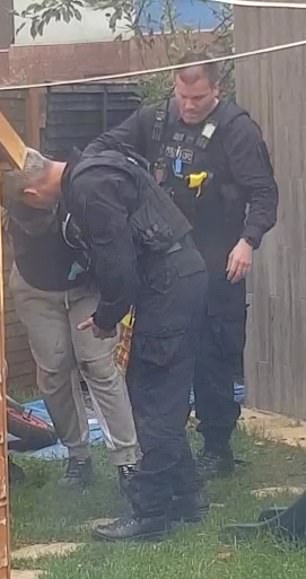 Lewis Szewczyk, 26, was filmed here being arrested in a back garden in Reading, Berkshire, following a chase in which he vaulted over two fences before being felled by a wheelbarrow

A colleague adds: ‘If you’re going to sit up, just spit them out mate. For god’s sake what do you think is going to happen.’ 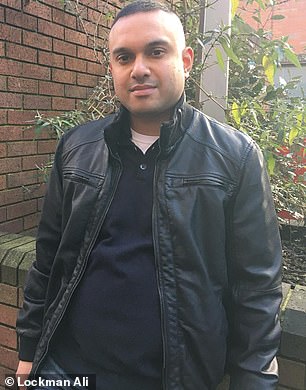 The burly suspect, now handcuffed, is then brought unsteadily to his feet as three more officers join them from a neighbouring garden.

Surrounded by the trappings of family life, the suspect is then held up by two officers as another tells him, ‘We can’t keep calling you mate, what’s your name?’.

The suspect, whose legs remain shaky, responds only with a series of grunts and growls as a masked female officer stands next to the family shed holding a bag of crack cocaine.

‘It was all a bit of a shock to be honest,’ said Mr Ali, 33 who was at home with his 15-month-old son, his younger brother and sister, mother and sister in law. ‘One minute I am playing with my little boy and the next I’m watching a man coughing up crack cocaine in my garden with police everywhere.

‘It looked like he tripped over the wheelbarrow just as they tasered him. He was screaming a bit and then they had him on the floor, just next to our new garden shed. 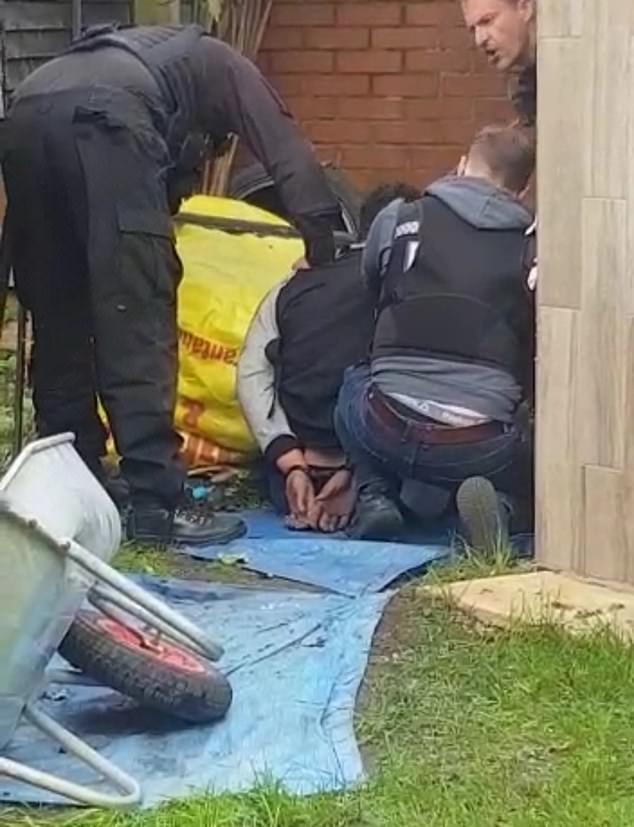 Szewczyk was tasered and then forced him to cough up the bags of crack cocaine that he had already swallowed. An officer is heard saying: : ‘Just spit them out, spit them out.’ 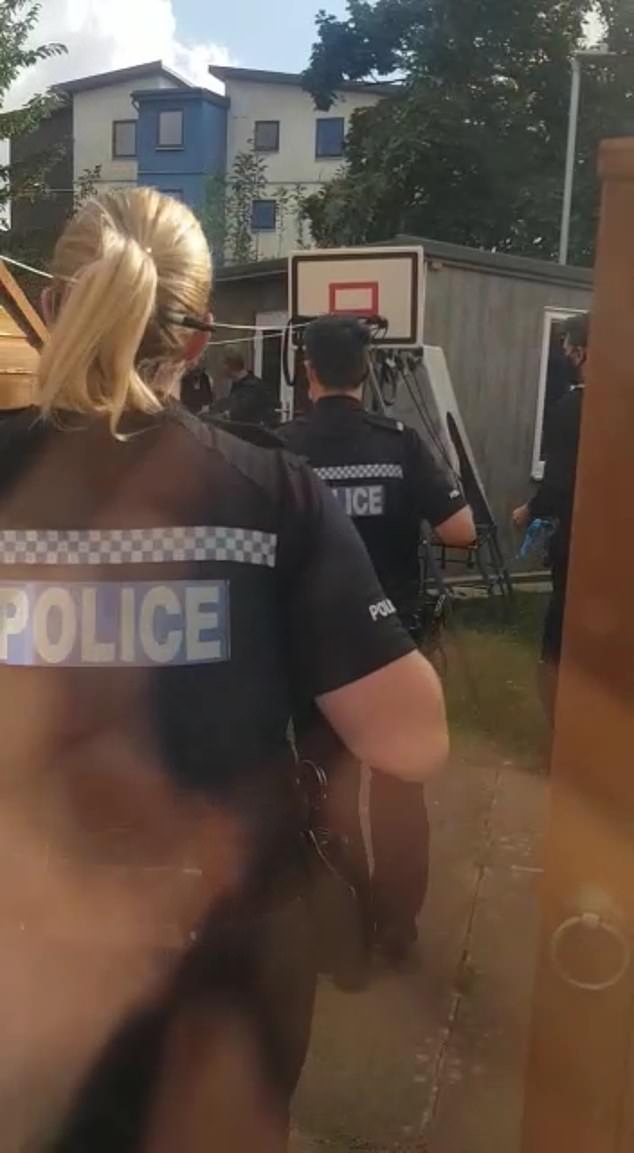 The suspect, whose legs looked shaky in the video, responded with a series of grunts and as a masked female officer stands next to the family shed holding a bag of crack cocaine

‘It seemed as though he had been crashing through the neighbouring gardens before coming to a stop in ours.

‘They put a blue sheet on the ground and they put all the wraps of crack on there before collecting them up into one plastic bag.

‘At one point when the police were all over him and getting him to vomit up what he’d swallowed I was frightened that he was going to die in my back garden.

‘This is just a quiet residential area. We have a primary school almost next door and a community centre nearby as well.’

An ambulance was later called and the suspect, now known to be Lewis Szewczyk, was taken to waiting paramedics before being driven away with the police following behind. He was later discharged from hospital and charged.

On Friday Mr Szewczyk, 26, of no fixed abode appeared before Reading Magistrates where he pleaded guilty to two counts of possession with intent to supply a class A drug and one count of acquiring/using criminal property.

He was remanded back to custody, to be sentenced by the Crown Court at a later date.

Tips to Get Great Lighting For Every Corner of the Garden