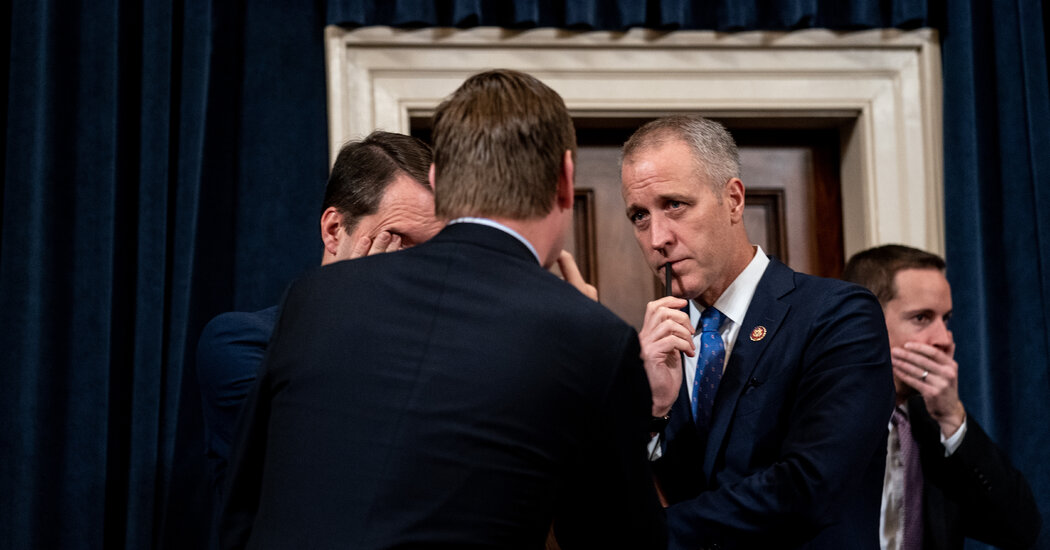 House Democrats, stung by last month’s election losses and facing daunting 2022 midterms, chose Representative Sean Patrick Maloney of New York on Thursday as chairman of their campaign arm, selecting him to lead the fight to maintain their narrow majority.

Mr. Maloney, a moderate from the Hudson Valley, had promised to immediately reboot the group, the Democratic Congressional Campaign Committee, amid an outpouring of complaints from rank-and-file lawmakers distraught over the loss of as many as a dozen seats last month. In campaigning for the role, he leaned heavily on his own success winning a district that voted for President Trump in 2016, arguing that he was best positioned to help protect fellow swing district Democrats who will make or break the majority in two years.

But in a recent interview, Mr. Maloney suggested he would not rush to conclusions about what went wrong last month before the final handful of outstanding races were called and Democrats could conduct a deeper study of the outcome.

“The intelligent answer to that question is I don’t really know yet what happened and neither does anyone else, but I know how to find out,” said Mr. Maloney. “If you’re not God, you should bring data.”

He beat out Representative Tony Cárdenas of California, 119 to 107, in a secret-ballot vote that took place virtually because of the raging coronavirus pandemic. Mr. Cárdenas, the son of Mexican immigrants who has led the Congressional Hispanic Caucus’s campaign arm, centered his bid around wining back Latino voters in key swing states that voted Republican this year.

For Mr. Maloney, who has been eager to increase his stature in Washington or New York, the victory catapults him into the upper tier of House leadership at a time when a younger generation of Democrats is jockeying for positions guiding the party after Speaker Nancy Pelosi retires, as soon as 2022. Mr. Maloney, 54, will be the highest-ranking openly gay member of House leadership.

The task is a steep one. Rarely in recent history has the president’s party been able to maintain control of the House in the midterm elections of his first term. In this case, Democrats will also be fighting for re-election in 2022 in newly drawn districts based on the 2020 census that are likely to only further tilt the playing field toward Republicans.

The job could be even more complicated this time given the looming changes atop House leadership. Ms. Pelosi has led Democrats in the chamber for nearly two decades, tightly controlling the party’s legislative and campaign strategies and raising huge amounts of money for candidates — attributes her successors will have a difficult time replicating.

House Republicans already re-elected their campaign chairman, Representative Tom Emmer of Minnesota, to lead the charge to retake the majority. His searing campaign attack strategy this year, portraying vulnerable Democrats as socialist sympathizers who want to defund police forces, clearly rattled Democrats and has pleased the rank and file in his own party.