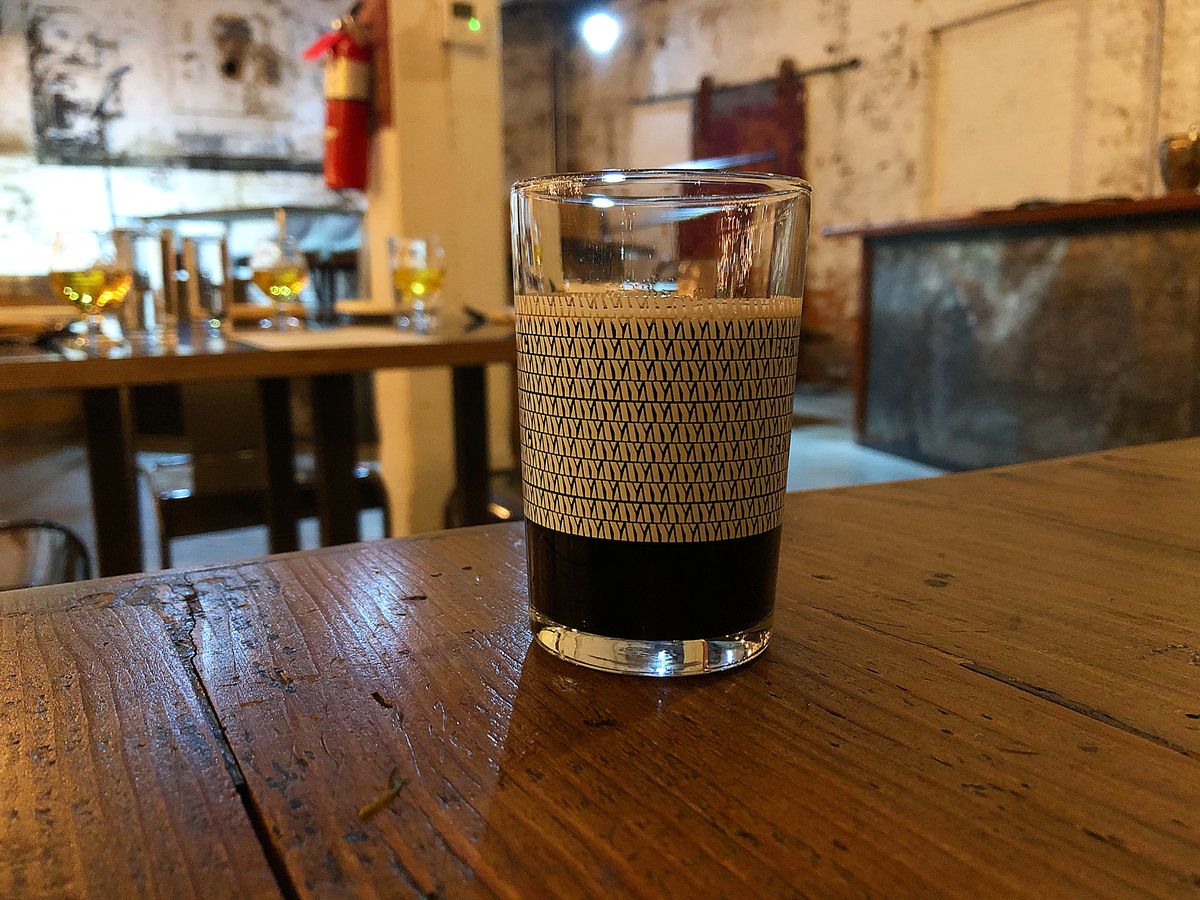 If Spokane is rich with talented up-and-coming chefs, then we are absolutely spoiled to be in the heart of such a beer-forward region. Our little town is often found on national lists naming cities that have turned the culinary corner and created a culture that has made a cornerstone out of our food and alcohol industry.

This spirit is key in creating a platform for out-of-state chefs and brewers to relocate to our city and have their businesses thrive. This was the case for all three of the collaborating teams involved in the best beer dinner of 2020.

YaYa Brewing Co. is run by brothers Jason and Chris Gass, who spent years making beer at home and working in breweries. “Living in Portland, Maine, for a few years, I worked in breweries before deciding to team with my brother to open our own. We almost opened it in Portland but thought Spokane was a better market.” Jason Gass said.

The small Spokane Valley brewery has become a local favorite in its first year of operation, and chefs have been knocking down the door to not only put their beer on tap but also collaborate in the kitchen.

C.J. Callahan of Hogwash Whiskey Den was a chef in Chicago for 11 years before moving to Spokane. He packed his suitcase, knives and much-needed Chicago attitude for our culinary scene, and Hogwash has become a hangout for gluttons.

“YaYa has stepped up as some of the best beer in town, and I thought they needed the best food to go with it,” Callahan said. It wasn’t long before a third player entered the game, Inland Pacific Kitchen in the downtown Washington Cracker Building.

IPK chef Austin Conklin, who hails from Haiti, is one of Spokane’s youngest and most ambitious chefs. He heralds his travels and relationships with farmers as the palette of his restaurant, focusing on high-quality, in-season local ingredients.

Arriving the night of the dinner on Nov. 16 had an underground Prohibition flair. As if five courses with expertly paired beer wasn’t enough, attendees were surprised with a glass of YaYa’s 1603 Kolsch and a bowl of house-made ciabatta baked using the beer’s same malt. It was served with hop-infused butter from the same hops and then drizzled with local honey.

This simple first offering was a glimpse into why this feast would be so special. Not only were we about to embark on a delicious journey, we also were in store for surprises and stories with every dish and beer pairing.

The best first courses at a dinner are a balance of refreshing lightness and vibrant flavor. The chefs hit the mark with a dish that felt like a melding of soup and salad. The sweetness of the carrot puree and the richness of brown butter made a perfect home for the pillowy gnocchi. The dish was small, but every bite there was something new.

The color and texture of the spinach, the earthiness of the truffle, it all worked great with YaYa’s Local Goods fresh hop IPA, named for how each of its ingredients is locally sourced. Gass said he drove to Yakima to pick up the citra hops. Off the vine for mere hours from harvest to brew pot.

I would eat seafood for every meal, so seeing sturgeon as the second course was exciting. In the most beautiful dish of the evening, the level of textures was the highlight. The fish was sauteed in white wine and had a perfect crisp sear. It was finished with lemon that gave it an acidic pop that works so well with seafood.

The sturgeon sat atop a brilliant play of a succotash. The soybeans, root vegetables and cauliflower exploded when paired with YaYa’s flagship Fluffy Puffy Sunshine New England IPA, which is like a citrus-heavy beer mimosa.

Somewhere along the line, pork and beef became synonymous with sausage, but some of the best are done with more gamey meats. The rabbit sausage had a lot of flavor and a casing with the perfect bite. It seemed like cheating to have a plate full of beet puree, mushrooms and mustard-infused spaetzle to accompany it.

In my favorite dish of the night, the use of ingredients if stood alone might not have worked, but together here it was delectable. The dish paired fantastically with YaYa’s first-anniversary beer, Birthday Pants, a funky farmhouse saison that kept the profile of the course.

All beer dinners should be required to use the product in the cooking. YaYa’s Soprano sour stands on its own but when transformed into an apricot gastrique for duck breast, it is king. Each ingredient held its weight, and the mostarda (an Italian condiment made of a candied fruit and mustard) stole the show.

Quince is an underused flavor and made for what might be the best mustard I’ve ever had – I hope it shows up on a burger or sandwich at Hogwash post-quarantine.

In coursed dinners, dessert is my least favorite dish, but I knew the second our server got to our table that it was going to be the sweetest of endings. As a White Russian fan, I was sold on the gelato, but it was the perfectly squared tea cake, banana meringue and crumbled white chocolate that danced in my mouth.

The chefs opted for the severely underused fig, which they turned into a sweet and sour agridulce that made the dish. YaYa’s Black Is Beautiful, a deep chocolate stout brewed with Whistle Punk and Lumberbeard, was the evening’s perfect close. Conklin even toasted all the coconut for the recipe.

This year has been a wild ride full of loss and uncertainty, but it is in our most difficult times that we look to one another for inspiration – and this dinner was exactly what we needed.