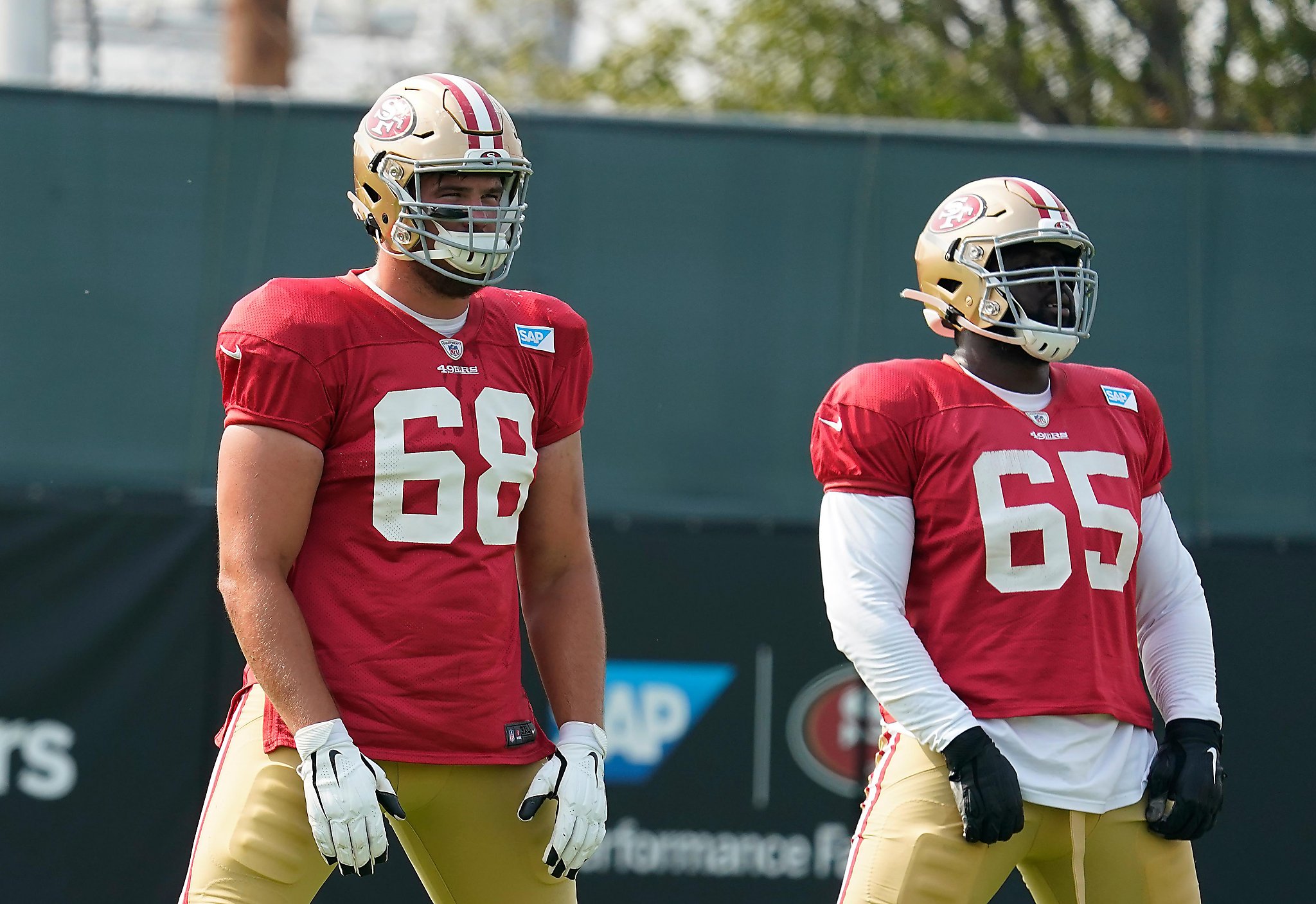 Colton McKivitz has had to carry shoulder pads, pick up sandwiches and order pizzas as part of his duties as the lone rookie offensive lineman on the 49ers’ roster.

Last month, the fifth-round pick was given his most daunting task when his position mates explained his latest assignment: Decorate their spacious meeting room extravagantly for Halloween.

“I haven’t been tied to a field-goal post,” McKivitz said, laughing. “So I’ll take decorating all day long.”

Indeed, the right guard has had a mild first-year initiation from his teammates that pales in comparison to what his coaches have asked him to do: Play a foreign position in a complex offense after an abbreviated offseason that didn’t include OTA practices.

How McKivitz handles that challenge makes him one of the young players to closely watch as the 49ers finish a 4-6 season that’s unlikely to end in the playoffs. As attention figures to increasingly turn to 2021, McKivitz’s performance in the final six regular-season games will help determine how much the 49ers will need to invest in a problem area — their interior offensive line — in the offseason.

McKivitz, who had only played offensive tackle since high school, has been eased into action to see if he could be an answer. He’s played his first meaningful offensive snaps in the past two games when he’s rotated at right guard with Tom Compton, 31, a nine-year veteran who has started each contest.

McKivitz has played 44 snaps in losses to the Packers and Saints, 40 fewer than Compton.

“We’ll see how this year keeps going with both of them,” head coach Kyle Shanahan said. “They’ve been competing really well and we’ll see if one gets ahead of the other. But I’ve been happy with their progress so far.”

Given his youth and their draft-pick investment, the 49ers are hoping McKivitz emerges as the winner.

They drafted McKivitz, 6-foot-6 and 301 pounds, after a senior season at West Virginia in which he was named the Big 12’s Co-Offensive Lineman of the Year and a third-team Associated Press All-American as a left tackle.

The 49ers were attracted to his grit — NFL.com’s scouting profile on McKivitz labeled him a “bonafide dirt dog with a chippy demeanor” — and the intangibles of a player who made 49 straight starts in college.

McKivitz was a team captain, a member of the school’s academic honor roll and was a three-time winner of the “Iron Mountaineer” award for his excellence and dedication in the weight room.

The 49ers gave McKivitz a “gold helmet” designation, given to only a handful of their draft prospects each year.

“The gold helmet is essentially, ‘This is the ideal 49ers person and player that we want to bring in,’” director of college scouting Ethan Waugh said. “He fits exactly what we’re looking for demeanor-wise and on the offensive line.”

McKivitz is unique among NFL rookies, who are understandably eager to prove themselves, in that he’s refreshingly candid about his first-year growing pains.

For example, he was largely pleased with his 23-snap performance against the Saints, but he didn’t hesitate to volunteer this: He missed a block on one of the game’s biggest plays, a 4th-and-1 attempt in which running back Jerick McKinnon was dropped for a two-yard loss in the second quarter.

And he didn’t hide what happened when asked about his welcome-to-the-NFL moment — he was bulldozed by rookie defensive tackle Javon Kinlaw in training camp — or when queried about his first offensive snap in the NFL, which came near the end of a blowout win over the Jets in Week 2.

“I think it was inside zone left and I kind of let my guy get off late and he made the tackle,” McKivitz said. “And we probably would have had a 30-yard gain. I got a little earful on the sideline. But it still felt good to get out there and be playing in the NFL.”

And his more memorable moments have inspired some of that belief. In his first extended action, against the Packers, he successfully pulled off a difficult run block against Pro Bowl defensive tackle Kenny Clark.

“I think that was kind of the moment where it was, ‘OK this is just football,’” McKivitz said. “And it’s back to the basics and just having fun out there. That was one play that just solidified that, ‘Hey, you’re meant to be here. And this is what you can do.’”

McKivitz is excited about the chance to play after logging just 14 snaps in the first eight games. And, off the field, things are also looking up.

McKivitz noted the NFL’s recently mandated intensive COVID-19 protocols mean the offensive linemen won’t be using their meeting room as all such interactions will be done virtually for the rest of the season.

The result: McKivitz didn’t have to shop for Thanksgiving décor and Christmas isn’t a concern.

“That,” McKivitz said, “will save me some money.”