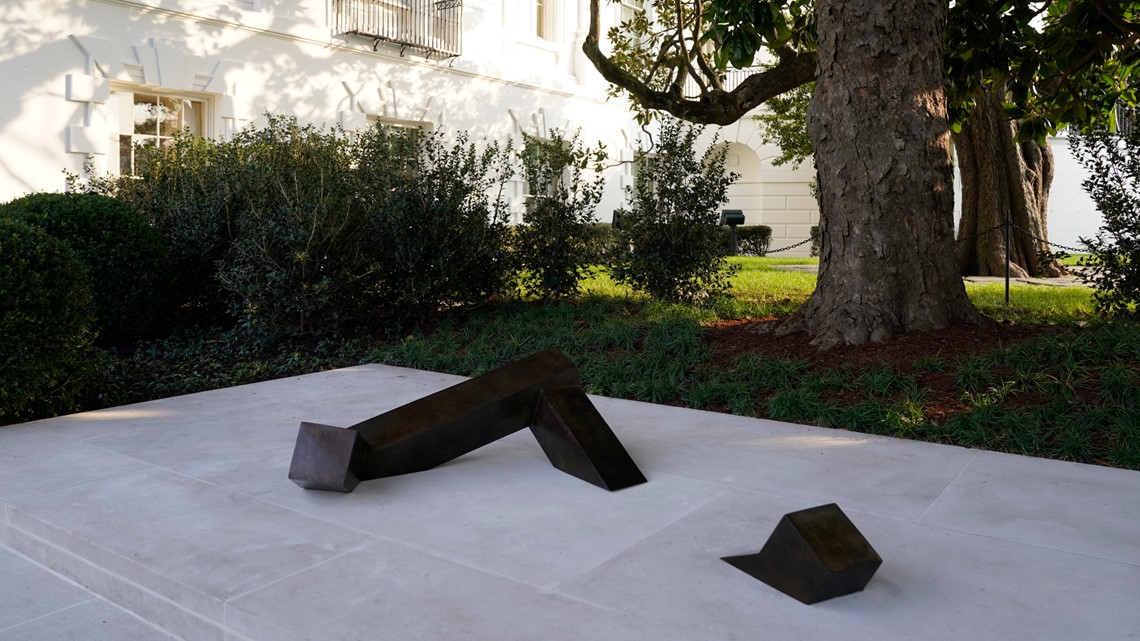 The Rose Garden addition of the sculpture, titled “Floor Frame,” makes Isamu Noguchi the first Asian American artist to be featured in the White House collection.

WASHINGTON — The White House Rose Garden has a new addition, but it isn’t a floral variety.

Melania Trump announced Friday that artwork by Japanese American sculptor Isamu Noguchi has been installed on the east terrace of the famous garden, which she renovated earlier this year.

“This sculpture not only showcases diversity within our nation’s finest art but it also highlights the beautiful contributions of Asian American artists to the landscape of our country,” the first lady said in a statement announcing the installation.

Noguchi viewed “Floor Frame” as representing the intersection of a tree and the ground, taking on the qualities of both an implied root system and the canopy of a tree, Mrs. Trump’s office said. He envisioned the sculpture placed directly on the ground in order to reconnect viewers to the planet.

Noguchi’s work was installed on the east terrace of the Rose Garden to complement the power symbolized by the Oval Office at the west end of the expanse, the White House said.

Born in Los Angeles, Noguchi spent most of his childhood in his father’s homeland of Japan. After graduating from high school, Noguchi apprenticed with Gutzon Borglum, who created Mount Rushmore in South Dakota.

He later dropped out of Columbia University’s premedical program to pursue a career as a sculptor.