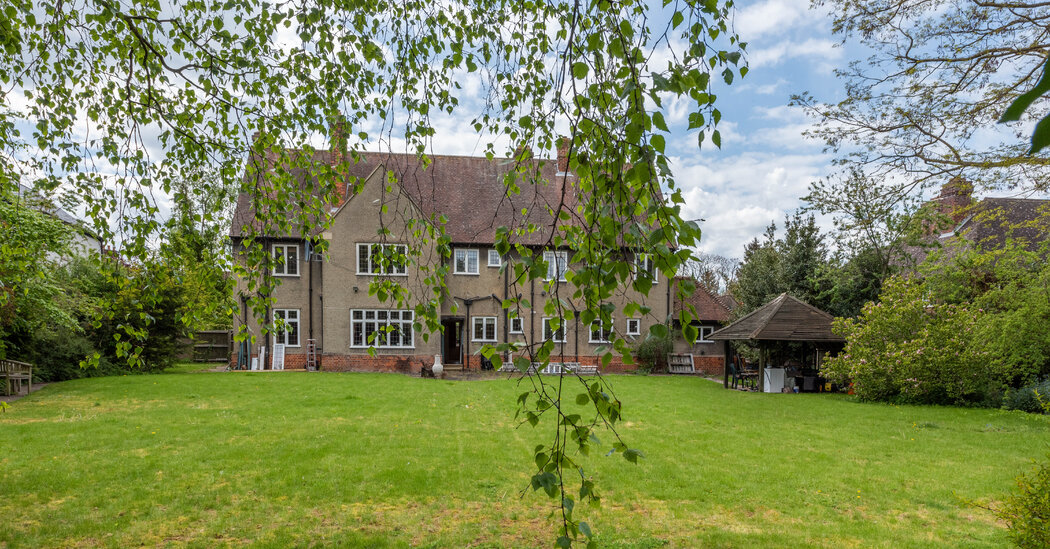 The longtime home of the author J.R.R. Tolkien is about to re-enter the market, and a crowdfunding campaign has been started with hopes that “Lord of the Rings” and “Hobbit” fans will support an initiative to purchase, restore and turn the property into a Tolkien museum.

Project Northmoor, as the group effort is called, began a three-month campaign on Wednesday to raise at least $5.3 million to buy the house at 20 Northmoor Road on the outskirts of Oxford, England. It was there that Tolkien lived with his wife, Edith, and their four children, from 1930 to 1947, and wrote “The Hobbit” and much of the “Lord of the Rings” fantasy trilogy.

The nonprofit group wants to set up a literary center at the house devoted to Tolkien studies. “The worldwide Tolkien fan base is enormous, but there is no center for Tolkien anywhere in the world,” said Julia Golding, the British novelist who is spearheading the purchase. “There are centers for Jane Austen, Charles Dickens and Thomas Hardy, and, arguably, Tolkien is just as influential as they are.”

Backing the initiative are numerous celebrities who helped create a video, including the singer Annie Lennox, the Shakespearean actor Sir Derek Jacobi, and the actors Ian McKellen, John Rhys-Davies and Martin Freeman, who appeared in Tolkien films — McKellen as Gandalf, Rhys-Davies as Gimli and Freeman as Bilbo Baggins.

The residence had entered the market for the first time in more than two decades last year, for nearly $6 million, or around 4.7 million British pounds. The asking price was lowered to about $5.3 million, before the listing with Breckon & Breckon was withdrawn recently in order to give the group time to organize financing.

The current owners had bought the house for 1.6 million pounds in 2004. That same year it was designated as a Grade 2 listed building, because Tolkien had lived there, meaning it was “of special interest, warranting every effort to preserve it.” It may not have readily sold because of the government restrictions for alterations. “If you were a regular buyer, you’d want to put bells and whistles on it,” Ms. Golding said, noting that many recently purchased homes in the area, where she also happens to live, had been heavily renovated.

The two-story structure, about 60 miles northeast of London, was built in 1924 for Basil Blackwell, a well-known Oxford bookseller. It has around 3,500 square feet of interior space, according to the floor plans, with six bedrooms and four and a half bathrooms on the upper level, and a 28-by-15-foot, ground-floor drawing room where Tolkien had done much of his writing and met with his students from nearby Oxford University. The exterior includes a spacious rear garden with a few of the trees Tolkien had planted remaining, and the original 16-by-11-foot garage.

Many of the home’s original architectural elements also remain, including the hardwood floors, high ceilings and wood-burning fireplaces, and in the kitchen there is an old bell system that was used to communicate with the rest of the house.

“It has the character of a 1920s house,” Ms. Golding said. “Inside it’s very comfortable. It doesn’t feel like a professorial house.”

The group’s funding target is roughly $6 million, of which $5.3 million will be used to pay for the house, and the remainder will go for approved renovations, start-up costs of the charity and developing literary programs.

Donors who give at least $25 will receive a special certificate, with other various perks added on as donation amounts increase.

“If every Tolkien fan gave us $2, we could do this,” Ms. Golding said.