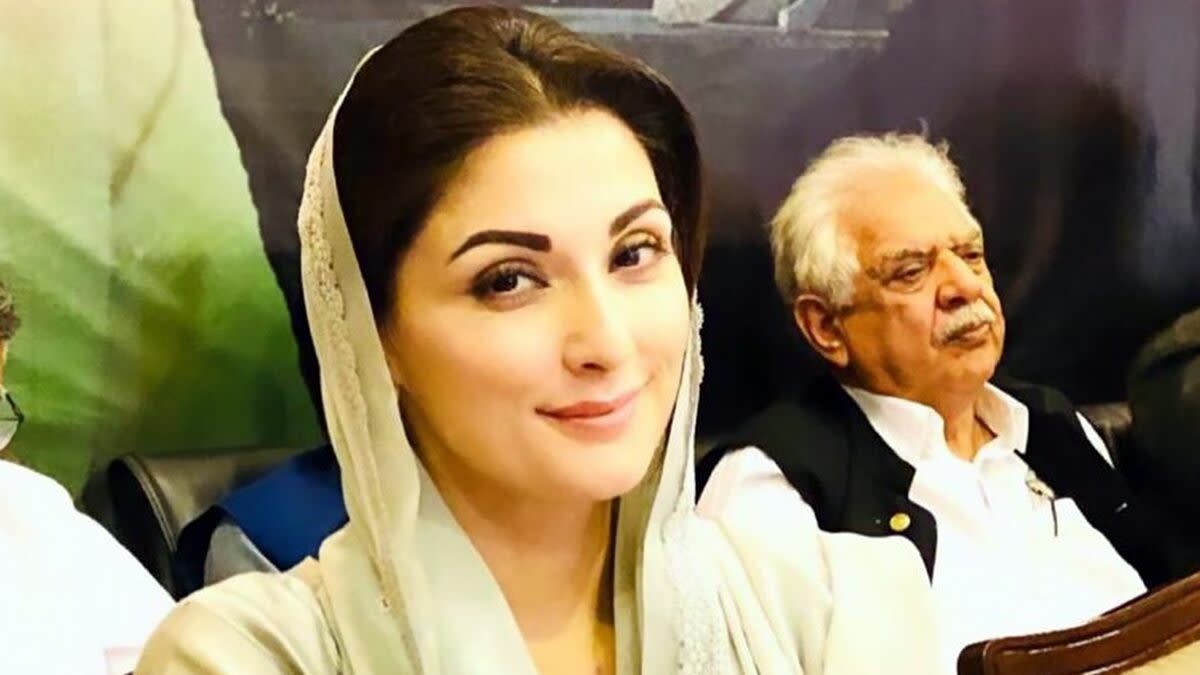 New Delhi, November 13: The vice-president of Pakistan Muslim League-Nawaz (PML-N), Maryam Nawaz Sharif, on Thursday, alleged that camera were installed in her jail cell and bathroom by the authorities. In a recent interview to Geo News, Sharif alleged that she has to face many inconveniences when she was incarcerated after being arrested in the Chaudhary Sugar Mills case in 2019. “I have gone to jail twice and if I speak about how I, a woman, was treated in jail, they will not have the audacity to show their faces,” said Sharif, attacking the Pakistan government. Safdar Awan Arrested in Karachi After His Wife Maryam Nawaz Sharif Participates in Anti-Imran Khan Rally.

“A woman, whether she is in Pakistan or anywhere else, is not weak,” she added. She lashed out at the Imran Khan’s government and said that if authorities can break into a room, arrest her in front of her father Nawaz Sharif and launch personal attacks on her, then no woman is safe in Pakistan. Sharif added that she is not against the state institutions and her is party is open to dialogue with the military if the ruling Pakistan Tehreek-e-Insaf is removed from power, and Pakistan Democratic Movement can be used as a platform for the talk, as reported by the Geo News. World News | Maryam Nawaz Has Emerged as Biggest Crowd-puller in Pak, Says Author.

The daughter of former Pakistan Prime Minister, Maryam Nawaz Sharif was arrested by the National Accountability Bureau, Pakistan in a money laundering case, last year. Shahzad Akbar, special Assistant to the Prime Minister on Accountability, in a press conference had said that Maryam Nawaz Sharif and her family used Chaudhry Sugar Mills for money-laundering and illegal transfer of its shares. However,she claimed that her arrest violated the law and she was a political victim.

It Was 2 A.M. And George Russell Was In The Bathroom When He Got The Call From Mercedes F1