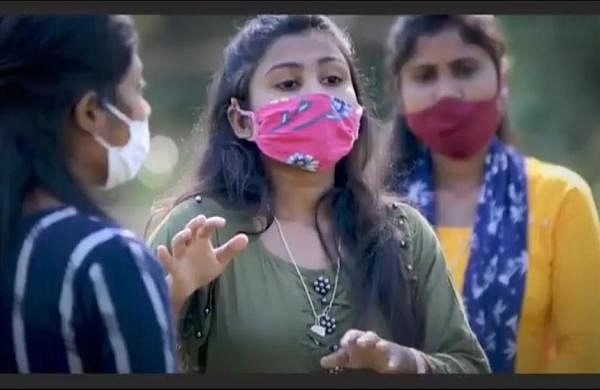 Vandana Urang, who hails from the Namroop Tea Estate in Dibrugarh district and is a BA first-semester student, took over the Twitter account control from 9-11 am and shared her opinion on “reimagining education” in Assam in a post-pandemic world.

In a video message, the teenager said: “…I am taking over the CM Office Twitter account to talk about my journey & share my opinions on how we can reimagine education in a post-pandemic world”.

Vandana, who did her schooling at the Namrup Lower Primary School and is now studying at the Namrup College, felt many children were not so lucky like her to get the chance to continue education.

Sonowal had tweeted on Thursday: “This World Children’s Day, student Vandana Urang is taking over our Twitter handle. Join us tomorrow, November 20 from 9 am to 11 am, and know-how children are re-imagining the world”.

Meanwhile, as Assam gears up for Assembly elections due early next year, over 4,000 children from 17 districts put forward their issues and recommendations they want the political parties to include in their election manifestoes.

Under a UNICEF outreach programme, 40 organizations were reached and sensitized through a series of online workshops between June and September on child rights, participation, climate change, sustainable development goals, among others. A survey was conducted where field coordinators had reached out to children.

Over 70% articulated the need for vocational training and career counselling, 70% wanted mental health to be included in their syllabus while 92% felt that gender-sensitivity and awareness about sexual and reproductive health should be made part of the school syllabus.

Also, 96% felt that children in rural areas did not have access to affordable healthcare and access to nutritious food, 64% identified violence as the most pressing concern for themselves and their peers, 50% young people highlighted substance abuse, and 52% highlighted child trafficking as major protection concerns.

Prevention Crime In The Garden