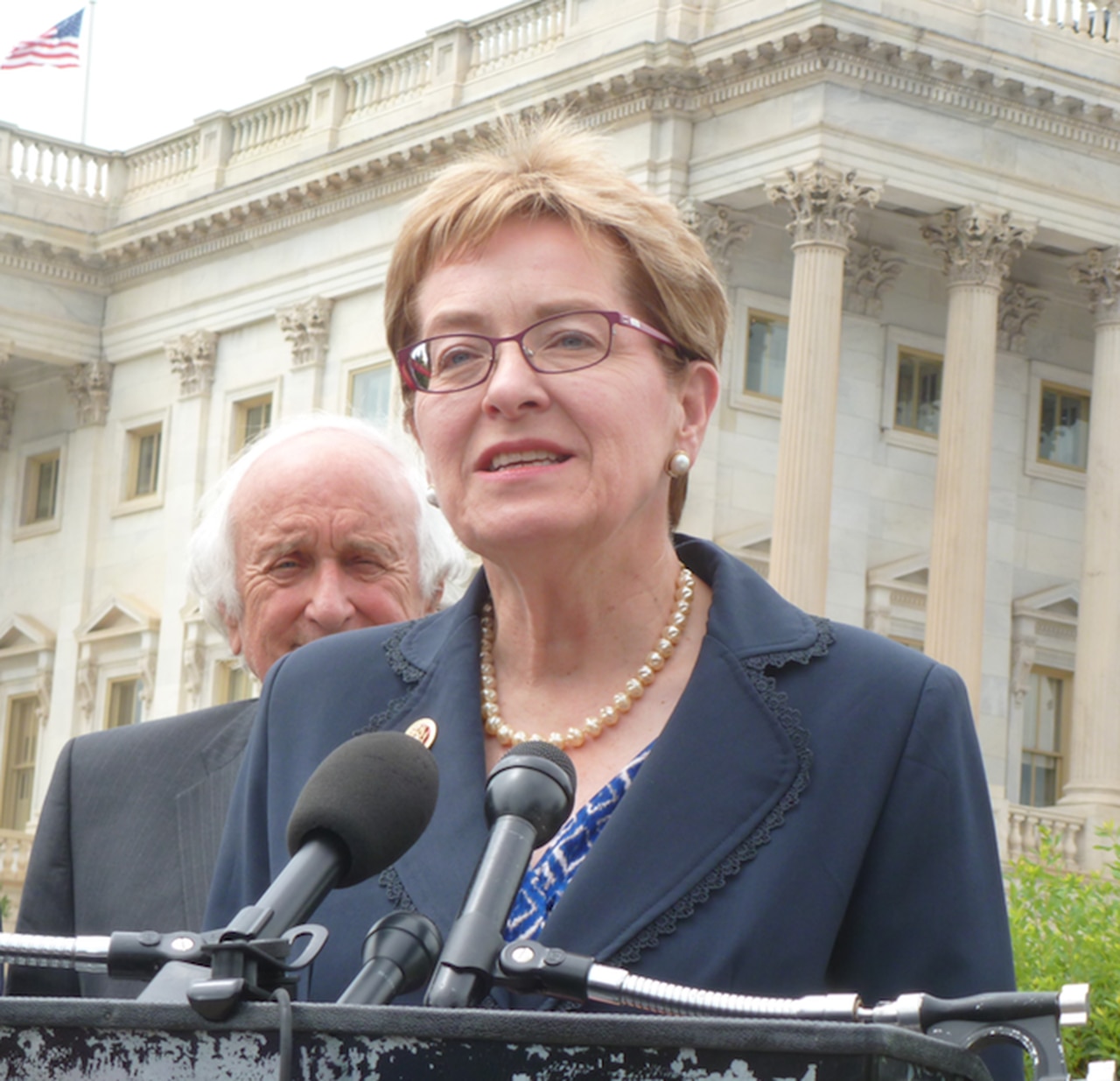 WASHINGTON, D.C. – A Democratic panel in the U.S. House of Representatives on Tuesday recommended Connecticut’s Rosa DeLauro to chair the House Appropriations Committee next year instead of Toledo Democratic Rep. Marcy Kaptur, who was making her second try for the job.

The recommendation from the Democratic Steering and Policy Committee, which DeLauro co-chaired until stepping aside last month to seek the Appropriations gavel, must still be approved by the entire House Democratic Caucus when it meets on Thursday. Kaptur’s team indicated she will ask the caucus to set aside the steering committee recommendation and instead install her as chair of the committee that allots federal funding.

A source familiar with the steering committee’s deliberations said DeLauro got 36 votes for the post, Florida’s Debbie Wasserman Schultz got 11 votes, and Kaptur got 6 votes.

Kaptur unsuccessfully sought the top appropriations post in 2012, but lost to New York’s Nita Lowey, who is now retiring from Congress. Although she’s served on the committee longer than other contestants for the post – and is the longest-serving female House of Representatives member in U.S. history, the other two candidates share some of the traits that helped Lowey get the job eight years ago.

Lowey is an ally of House Speaker Nancy Pelosi who headed the Democratic Congressional Campaign Committee (DCCC) before getting the Appropriations job. DeLauro is close to Pelosi, and Wasserman Schultz formerly chaired both the DCCC and the Democratic National Committee.

Kaptur made the case that there’s nobody in the House Democratic leadership ranks from the Midwest, despite its key role in deciding national elections, and argues that because she has served in Congress through so many recessions, she’s best positioned to help the newly elected Biden-Harris administration dig out of the coronavirus pandemic and the related recession.

Kaptur’s bid for the job was publicly endorsed by all her Democratic colleagues in Ohio, as well as progressives Mark Takano of California and Rashida Tlaib of Michigan. A letter from Takano and Tlaib highlights Kaptur’s populist criticism of the bank bailout, her objections to passing the Troubled Asset Relief Program, and her opposition to trade agreements that cost jobs in areas like the industrial Midwest.

“Marcy Kaptur has progressive populism in every ideal she has ever championed,” their letter said. “Her efforts represent the will and desire of average Americans in their struggle to keep up with daunting economic and social forces that leave millions of people behind.”

Although seniority is often a factor in which members of Congress get coveted committee chairmanships, the jobs frequently go to those who raise lots of campaign money for colleagues, or who have held more party positions. When former Stark County Republican Rep. Ralph Regula sought the Appropriations Committee gavel in 2005 in a year when his party controlled the U.S. House of Representatives, GOP leaders instead selected California’s Jerry Lewis for the job because he’d held more party posts and raised more money for Republican candidates. Regula announced his retirement from Congress two years later.

What’s your Congress member worth?

Preparing for a Springtime Renovation Project