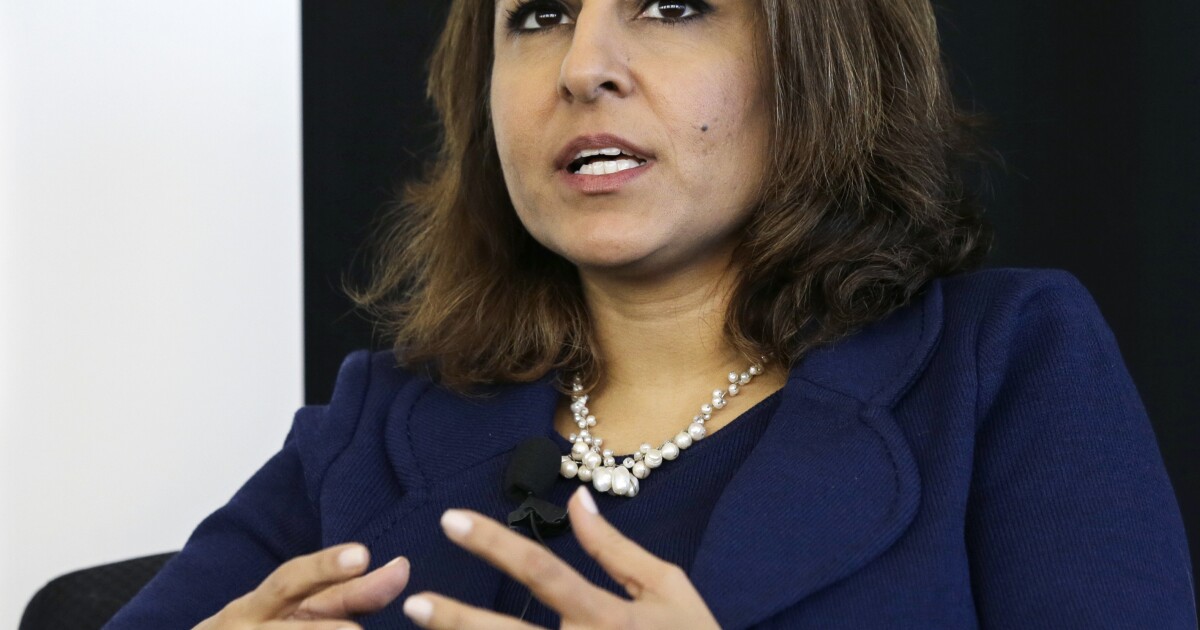 President-elect Joe Biden’s pick to lead the Office of Management and Budget is quickly emerging as a political lightning rod that could disrupt his efforts to swiftly fill out his administration.

Some Republicans are expressing doubt that Neera Tanden could be confirmed by the Senate after she spent years attacking GOP lawmakers on social media. Many panned the choice.

Potential Senate Budget Committee Chair Lindsey Graham (R-S.C.) was less hostile, telling reporters: “Let’s see what happens.” Moderate Susan Collins of Maine, a target of Tanden’s, said: “I do not know her or much about her, but I’ve heard she’s a very prolific user of Twitter.”

Such sentiment is notable considering the GOP’s general reluctance to criticize President Trump’s broadsides on Twitter. But like all of Biden’s nominees, Tanden has little margin for error as she faces confirmation in a closely divided Senate.

That could be especially daunting for Tanden, given her history of political combat.

Biden’s transition team released statements of praise for Tanden — a former advisor to Hillary Clinton and president of the center-left Center for American Progress — from figures such as Sen. Elizabeth Warren of Massachusetts and former Georgia gubernatorial candidate Stacey Abrams.

Other Democrats also rushed to defend Tanden’s nomination. Former Obama aide Valerie Jarrett said Tanden “grew up on welfare and lived in public housing. She experienced firsthand the importance of our social programs. Her extraordinary career has been devoted to improving opportunities for working families. She is an excellent choice to lead OMB.”

“Neera Tanden is smart, experienced, and qualified for the position of OMB Director,” added Ohio Sen. Sherrod Brown, a member of the Democratic Party’s progressive wing. “The American people decisively voted for change. Mitch McConnell shouldn’t block us from having a functioning government that gets to work for the people we serve.”

On the Senate floor, Democratic leader Chuck Schumer said it was impossible to take Republicans’ criticism of Tanden seriously.

“Honestly, the hypocrisy is astounding. If Republicans are concerned about criticism on Twitter, their complaints are better directed at President Trump,” Schumer said.

At the OMB, Tanden would be responsible for preparing Biden’s budget submission and would oversee several hundred budget analysts, economists and policy advisors with deep knowledge of the inner workings of the government.

That would allow Democrats to pass special budget legislation that could roll back Trump’s tax cuts, boost the Affordable Care Act and pursue other spending goals. The OMB would have a central role in such legislation.