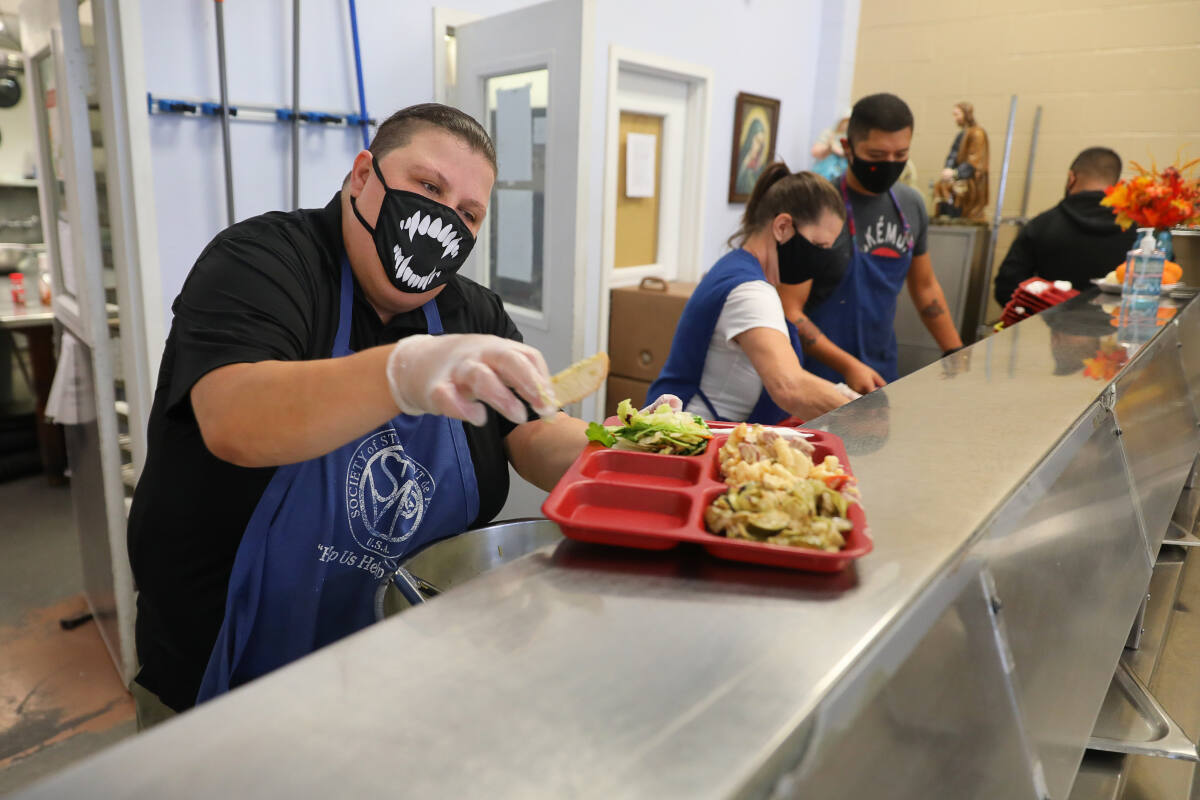 A Santa Rosa dining hall that has served more than 75,000 free meals annually to the poor and homeless but severely strained the finances of its founder, the Society of St. Vincent de Paul, will be transferred to another nonprofit next month.

The kitchen will temporarily scale back operations to five days a week while Michaels’ team gets its footing but they hope to match the services it has offered for nearly four decades.

Otherwise, “it should be a seamless transition,” Tibbetts said, expressing confidence in Michaels’ ability to carry on operations of the kitchen, which first opened in 1981.

Sonoma Food Runners will try to carry on the kitchen as it was before, Michaels said, praising the model set by Audrianna Jones, St. Vincent’s manager of the kitchen.

“We are striving to follow the same procedures … including days and hours,” said Michaels, who declined a phone interview, in an email. “This all came about quickly and we are busy preparing and learning so there is no gap in the service.”

Michaels set a goal of having the kitchen open seven days a week and offering an occasional “small free food market.” She asked the community to support neighbors experiencing hunger by donating excess food.

“Now more than ever our most vulnerable folks need good food every day. We are living in unprecedented times of global COVID and extreme weather, especially increased huge devastating fires in Northern California,” Michaels said. “People have lost jobs, unemployment will run out.”

St. Vincent de Paul intends to furnish the space and a refrigerated food truck while covering utility bills and maintenance costs. It has fed hundreds of people a week for years at the kitchen north of Railroad Square — but at significant cost.

The “occasional estate bequest” kept the program alive for a while, Tibbetts said, but the cost of operating the kitchen has depleted the nonprofit’s reserves by over $1 million over the past decade, Tibbetts said.

“At some point, any nonprofit must assess its costs, realize its opportunity costs, and face facts when there are others out there who are doing the work more cost-efficiently,” the nonprofit said Tuesday in a statement posted to Facebook.

The move aligns with St. Vincent’s increased focus on housing as it attempts to address the homelessness crisis. The nonprofit, which has been running the Los Guilicos village for homeless people in east Santa Rosa, is transforming the Gold Coin Motel on Mendocino Avenue into housing with on-site services, and recently bought a home near the Santa Rosa Junior College for at-risk youth.

Still, the main reason for the change was the burden of funding the kitchen, long St. Vincent’s flagship local service, Tibbetts said.

Declining volunteer support over time led St. Vincent to increase costs by adding paid staff. The nonprofit’s board had been considering shutting down the program for about five years before eventually pulling the trigger in July, Tibbetts said.

St. Vincent also thought about selling the Wilson Street building and using the proceeds to acquire another motel or a mobile home park, perhaps in Lake County, where the nonprofit has looked to expand its charitable offerings.

Meanwhile, St. Vincent is forging ahead on its 54-unit housing project on Mendocino Avenue at the former Gold Coin site, which the nonprofit has dubbed “The Commons.“ It is seeking another $1.5 million for construction, which Tibbetts said could start as early as December and be done within four months, setting up move-ins in March or April. He’s hoping to fill the new housing site quickly, potentially with Los Guilicos residents who have received housing vouchers but have no actual housing lined up.

St. Vincent also recently bought a five-bedroom home near the Santa Rosa Junior College to house foster kids or youth who are at risk of becoming homeless. One young person is scheduled to move in next week, Tibbetts said. If the project works, St. Vincent will explore buying more homes to expand this aspect of its mission to end poverty.

Age Spot Erasing Made Easy And Right From Your Own Kitchen