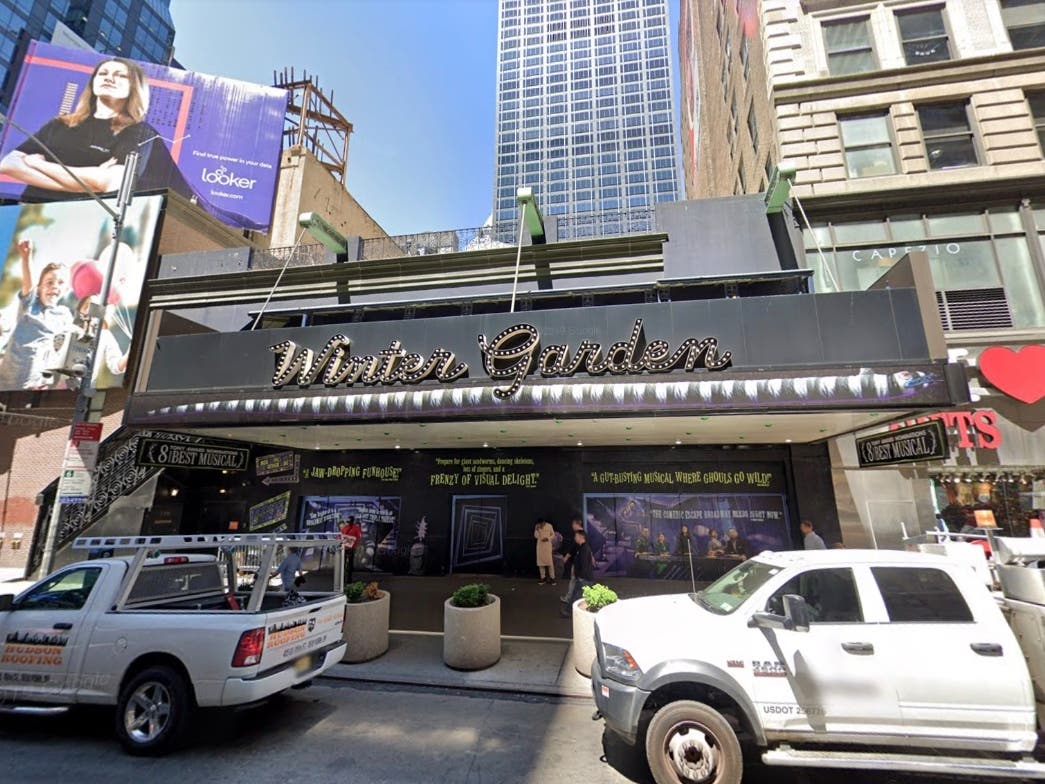 MIDTOWN MANHATTAN, NY — A stagehand was killed Thursday after falling from scaffolding inside a Broadway theater, police said.

Around 8:45 a.m. Thursday, the 54-year-old worker at the Winter Garden Theatre on Broadway between 50th and 51st streets was doing routine repairs when he fell from the fly floor — an elevated platform above the stage, according to police and a theater spokesperson.

Police responded within minutes and found the man unconscious and unresponsive on the floor. He was taken to Mount Sinai Hospital, where he was pronounced dead, police said. His name has not been released, pending family notification.

“We mourn the loss of our valued colleague,” Bill Evans, a spokesperson for the Shubert Organization, which operates the Winter Garden, said in a statement. “Our heartfelt condolences go out to the family during this difficult time.”

Police and OSHA arrived at the scene to conduct an investigation, Evans said.

The Winter Garden was set to host a production of The Music Man, starring Hugh Jackman, when the pandemic hit and canceled all Broadway shows. Last month, Broadway’s ongoing closure was extended through May 2021, further crippling the city’s theater industry, which is now set to remain dormant for more than a full year.

Check The Soil Condition in Your Garden

A Simple Guide For Selecting Roses For Your Garden