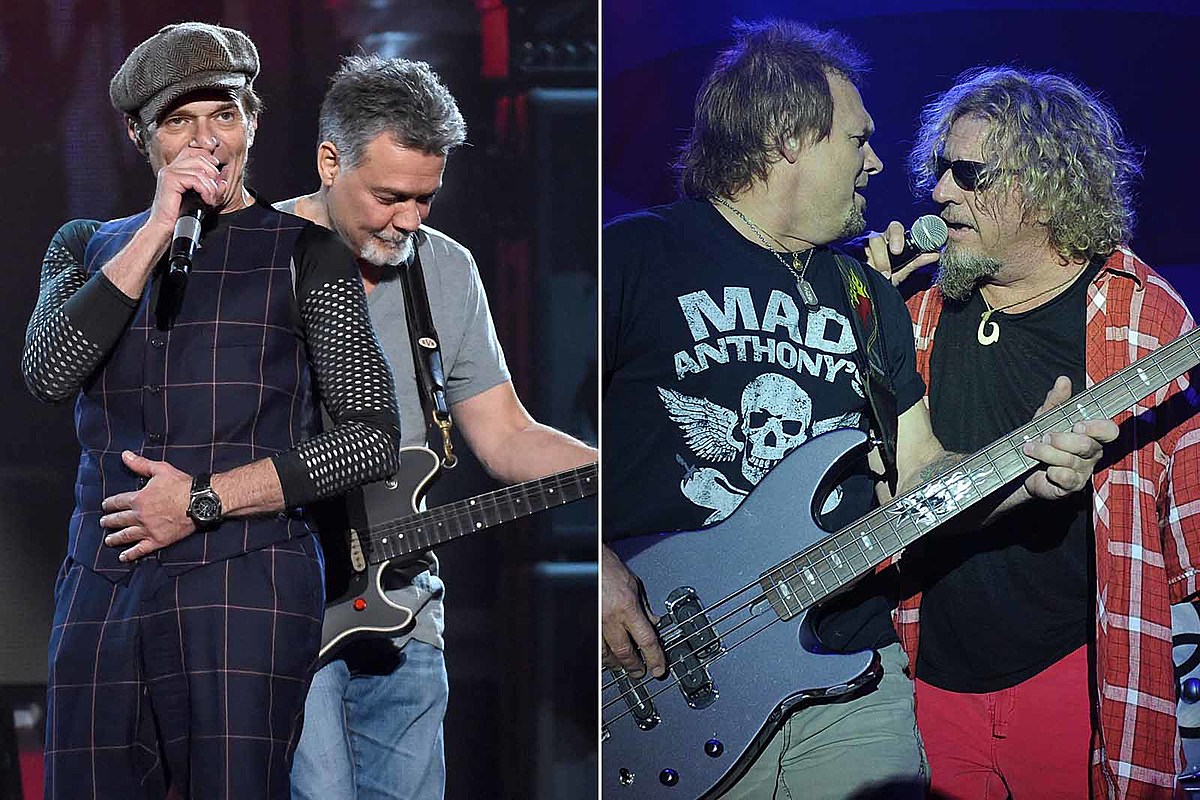 Wolfgang Van Halen said a Van Halen tour proposed for summer 2019 was to include not only Michael Anthony – which had been reported – but also former singers Sammy Hagar and Gary Cherone.

During an interview on The Howard Stern Show, Wolfgang revealed discussions started in 2015, when he began work on his solo album. He approached his father, Eddie Van Halen, with an idea he had: “I would be like, ‘Hey, Dad, you know what would be cool … is if I opened for you guys, and we had Mike come back.'”

Eddie initially insisted his son remain in the band, with Wolfgang eventually thinking he could sit in on one or two songs from A Different Kind of Truth. “But as time went on, he warmed up to the idea,” Wolfgang explained. “I got him excited about it. And at a certain point it turned into what we joked as the Kitchen Sink tour. ‘Cause after he was okay with that arrangement, it was like, ‘Fuck, let’s get Dave [Lee Roth] and Hagar and even Cherone, and let’s just do a giant fucking awesome thing.'”

They ran it past manager Irving Azoff, who began to get the ball rolling. Shortly before Christmas 2018, Roth revealed that a tour featuring what he called “the original thing” was being planned for the next summer. A few weeks later, Anthony denied he’d been in contact with anybody; by February, he admitted he had spoken to the band the previous October but “something broke down on their end.”

Before the news could be announced, Eddie’s health began to decline. It started with the discovery of a brain tumor following a motorcycle accident in early 2019. A procedure called Gamma Knife radiosurgery seemed to have taken, but then “shit just kept on stacking up and stacking up,” Wolfgang said. “It just never let up,” and the Stage 4 lung cancer Eddie was diagnosed with at the end of 2017 began to get worse, and the tour was canceled.

Wolfgang wanted to let fans that the tour “was real, and we were so excited about it. All of us. It just didn’t pan out, unfortunately. It would have been insane.”

The multi-instrumentalist, who debuted his new single “Distance” on Stern’s show, addressed rumors regarding a new version of Van Halen, featuring himself on guitar and Anthony on bass. He said the talk was the work of “desperate fans. … That’s fucking stupid. You can’t have Van Halen without Eddie Van Halen, because I’m not Dad. I’m not going to replace him, you know? I’ve spent my life making sure I’m not like him. I’m my own person. And my dad, again, he’d be pissed off. He’d be, like, ‘What the fuck are you doing? Go do your shit.'”

Wolfgang did understand that fans just “want to see the music continue. But some things just suck, and this is one of those things. … So, my opinion [is that] outside of maybe a tribute show at some point down the line and archival releases further down the line, it’s done.

“I don’t have a dad anymore,” he added. “And I’m coming to terms with that, and I’m trying to deal with that, so I think the fans are gonna have to try and come to terms with [it] and figure out how to deal with the fact that we’re not gonna have Van Halen anymore. The music is gonna live on forever, but you can’t continue without Eddie Van Halen.”

Go Outside and Enjoy Your Dollhouse Furniture