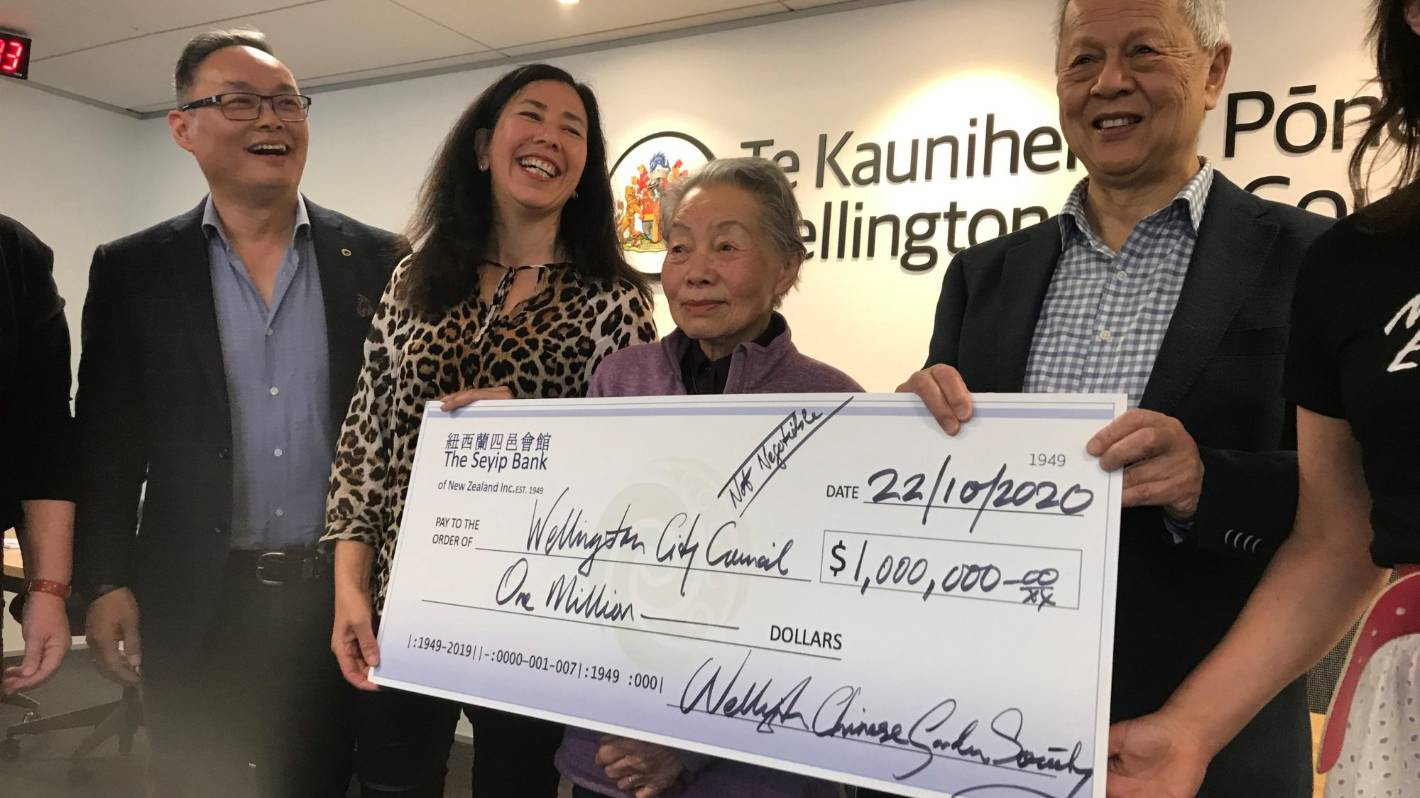 The Wellington Chinese Garden Society presented a $1million cheque at a Wellington City Council meeting on Thursday to contribute towards a new Chinese garden in Frank Kitts Park.

The garden is part of the council’s planned redevelopment of the waterfront Frank Kitts Park. Plans include two flat lawns, a Chinese garden, a children’s playground and the construction of a pavilion and a pergola.

It would also involve demolishing an existing amphitheatre and walkways, and the replacement of memorial plaques and relocation of the Wahine mast.

It was not planned to change anything about the TSB Arena end of the park, the Whairepo Lagoon or the waterfront promenade.

The garden would be a place for everyone to enjoy,” Wellington Chinese Garden Society chair Harvey Wu said.

The total cost of the project is estimated at $6.5m.

The 3000-square-metre enclosed garden, which will be fully funded by the Chinese Garden Society with support from Wellington’s sister cities Xiamen, Beijing and Tianjin,

The cheque was presented on Thursday by former city councillor and current regional councillor David Lee, who joked it was the first time a community group had given money to the council rather than asking for money.

Twenty-three-year-old councillor Tamatha Paul faced a ribbing from her colleagues, who joked she was too young to know what a cheque was.

“A lot of people don’t know what a cheque is. It’s an old form of exchange or agreement which doesn’t involve cash,” Lee said.

The garden was the subject of a controversial court hearing in 2018, after lobby group Waterfront Watch and former Greater Wellington Regional councillor Michael Gibson unsuccessfully attempted to block the development in the Environment Court and took an appeal to the High Court, which also failed.

Work on the Frank Kitts playground will be the first stage of construction by the council. It is expected the main lawn will be completed first, followed by the Garden of Beneficence.

Tips to Get Great Lighting For Every Corner of the Garden